Attachment, Evolution, and the Psychology of Religion

Hardcover
Hardcover
October 18, 2004
ISBN 9781593850883
Price: $59.00
400 Pages
Size: 6" x 9"
order
In this provocative and engaging book, Lee Kirkpatrick establishes a broad, comprehensive framework for approaching the psychology of religion from an evolutionary perspective. Within this framework, attachment theory provides a powerful lens through which to reconceptualize diverse aspects of religious belief and behavior. Rejecting the notion that humans possess religion-specific instincts or adaptations, Kirkpatrick argues that religion instead emerges from numerous psychological mechanisms and systems that evolved for other functions. This integrative work will spark discussion, debate, and future research among anyone interested in the psychology of religion, attachment theory, and evolutionary psychology, as well as religious studies. It will also serve as a text in advanced undergraduate and graduate-level courses.

From Lee Kirkpatrick, winner of the APA Division 36 William James Award for outstanding and sustained contributions to the psychology of religion
X 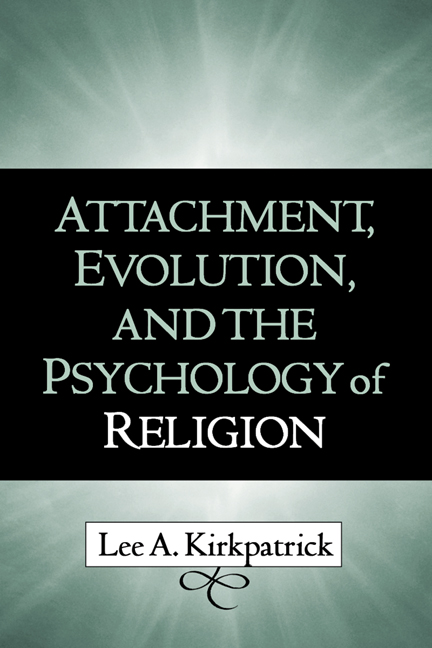