Hardcover
Hardcover
August 10, 2000
ISBN 9781572305892
Price: $59.00
311 Pages
Size: 6" x 9"
order
Since the large-scale manufacture of personal timepieces began, industry leadership has shifted among widely disparate locations, production systems, and cultures. This book recounts the story of the quest for supremacy in the manufacture of watches—from the cottage industries of Britain; to the preeminence of Switzerland and, later, the United States; to the high-tech plants of Japan and the sweatshops of Hong Kong. Glasmeier examines both the strategies adopted by specific firms and the interplay of such varying influences as technological change, cyclical economic downturns, war, and national trade policies. In so doing, she delineates a cohesive framework within which to address such broader questions as how sustained regional economic development takes place (or starts and then stops); how decisions made by corporations are structured by internal and external forces; and the ways industrial cultures with different strategic learning capabilities facilitate or thwart the pursuit of technological change.
X 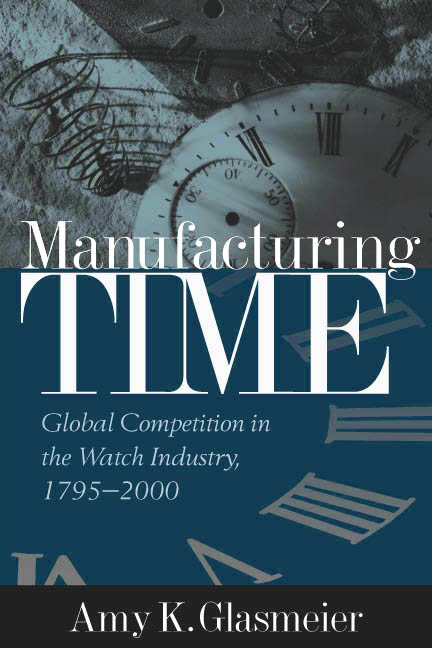