Paperback
Paperback
November 16, 1996
ISBN 9781572302150
Price: $33.00
240 Pages
Size: 6" x 9"
order
Theorists of child development, for the most part, have taken white, middle class, Euro-American children as the norm. These “typical” children, however, are exposed to two major enculturating influences that are by no means common across cultures: formal schooling and parents who consciously attempt to serve as teachers at home. Providing an important contribution toward a more universal understanding of child development, this book concentrates on children of the Kpelle-speaking people of West Africa, who grow up neither spending thousands of hours in quiet study nor receiving a heavy dose of parent tutelage. Acknowledging the centrality of play in children's lives, the Kpelle expect their children to play “on the mother ground,” or open spaces adjacent to the areas where adults are likely to be working. Here, children observe the work that adults do as they engage in voluntary activities or “routines” that serve a clear enculturating function. With photographs and vivid first-hand description, the author demonstrates the impact of games, folklore, and other routines on early development among the Kpelle and in other non-Western cultures. He persuasively argues that such enduring routines for raising children as those observed in the Kpelle village are universal and not limited to rural societies, though they take a variety of forms depending on the society. Ethnographically rich and theoretically sophisticated, the book provides a sound empirical foundation for a practice-based theory of child development.
X 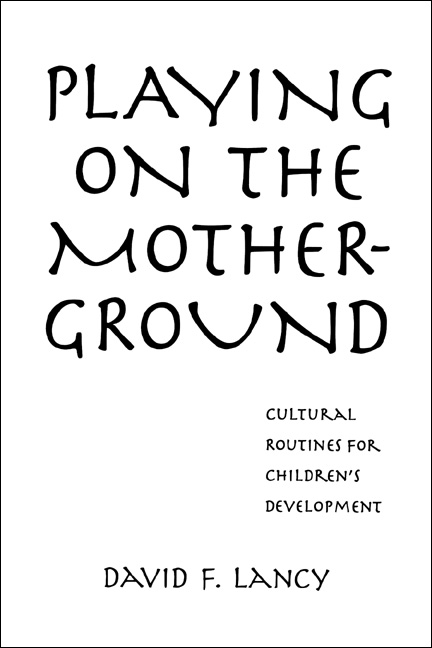