Eating Disorders in Children and Adolescents

Hardcovere-bookprint + e-book
Hardcover
July 26, 2011
ISBN 9781609184919
Price: $82.00
512 Pages
Size: 7" x 10"
order
e-book
September 20, 2011
ePub ?
Price: $82.00
512 Pages
order
print + e-book
Hardcover + e-Book (ePub) ?
Price: $90.20
512 Pages
order
See related items for this product
Daniel Le Grange, PhD, FAED, is Benioff UCSF Professor in Children’s Health in the Department of Psychiatry and UCSF Weill Institute for Neurosciences and Director of the Eating Disorders Program at the University of California, San Francisco. He is Emeritus Professor at the University of Chicago, where he was Director of the Eating Disorders Program until 2014. Dr. Le Grange was a member of the team at the Maudsley Hospital in London that developed family-based treatment for anorexia nervosa. Over his career, he has treated numerous adolescents and families struggling with eating disorders. He is a past recipient of the Leadership Award in Research from the Academy of Eating Disorders and an Early Career Development Award from the National Institute of Mental Health. The author of over 500 articles, books, book chapters, and published abstracts, Dr. Le Grange has published several books for professionals and parents in collaboration with James Lock, including Help Your Teenager Beat an Eating Disorder, Second Edition.​

James Lock, MD, PhD, is Professor of Child Psychiatry and Pediatrics in the Department of Psychiatry and Behavioral Sciences at Stanford University School of Medicine. He is also Director of the Stanford Child and Adolescent Eating Disorders Program. The author of numerous scientific publications on eating disorders in youth, Dr. Lock is a Distinguished Fellow of the American Psychiatric Association and of the American Academy of Child and Adolescent Psychiatry. He is a recipient of awards including the Agnes Purcell McGavin Award for Distinguished Career Achievement in Child and Adolescent Psychiatry from the American Psychiatric Association, the Price Family Foundation Award for Research Excellence from the National Eating Disorder Association, the Leadership Award in Research from the Academy of Eating Disorders, and Early and Mid-Career Development Awards from the National Institute of Mental Health.
X 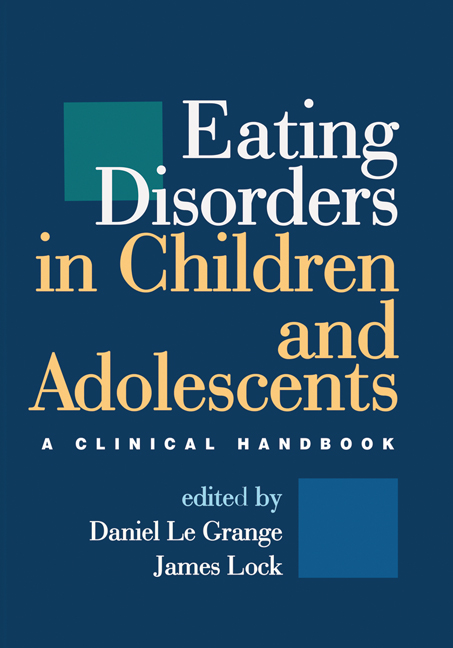