Psychological Science in the Courtroom

Hardcovere-bookprint + e-book
Hardcover
May 8, 2009
ISBN 9781606232514
Price: $66.00
418 Pages
Size: 6" x 9"
order
e-book
March 1, 2011
ePub ?
Price: $66.00
418 Pages
order
print + e-book
Hardcover + e-Book (ePub) ?
Price: $132.00 $72.60
418 Pages
order
Jennifer L. Skeem, PhD, is Associate Professor of Psychology and Social Behavior at the University of California, Irvine, where she is also a member of the MacArthur Research Network on Mandated Community Treatment, the Center for Psychology and Law, and the Center for Evidence-Based Corrections. Dr. Skeem conducts research on such topics as psychopathic personality disorder, violence risks, and psychiatric treatment outcomes of offenders. She is a recipient of the Saleem Shah Award for Early Career Excellence in Psychology and Law, awarded jointly by the American Psychology-Law Society (Division 41 of the American Psychological Association) and the American Academy of Forensic Psychology.

Kevin S. Douglas, LLB, PhD, is Associate Professor and Coordinator of the Law and Forensic Psychology Program in the Department of Psychology, Simon Fraser University, Canada. He conducts research on forensic assessment and violence, with a specific focus on violence risk assessment. Dr. Douglas is a Michael Smith Foundation for Health Research Career Scholar and a recipient of the Saleem Shah Award for Early Career Excellence in Psychology and Law.

Scott O. Lilienfeld, PhD, until his death in 2020, was a Samuel Candler Dobbs Professor of Psychology at Emory University. He was Editor-in-Chief of Clinical Psychological Science and Associate Editor of Archives of Scientific Psychology, and served on the editorial boards of several other journals. Among Dr. Lilienfeld’s principal interests were cognitive biases and their relations to personality and psychopathology, scientific thinking and its application to psychology, the causes and assessment of personality disorders (especially psychopathic and narcissistic personality disorders), psychiatric classification and diagnosis, pseudoscience and clinical psychology, evidence-based clinical practice, and the philosophy of science and psychology. He was a recipient of the James McKeen Cattell Award for Distinguished Achievements in Applied Psychological Science from the Association for Psychological Science and served as president of the Society for a Science of Clinical Psychology and the Society for the Scientific Study of Psychopathy.
X 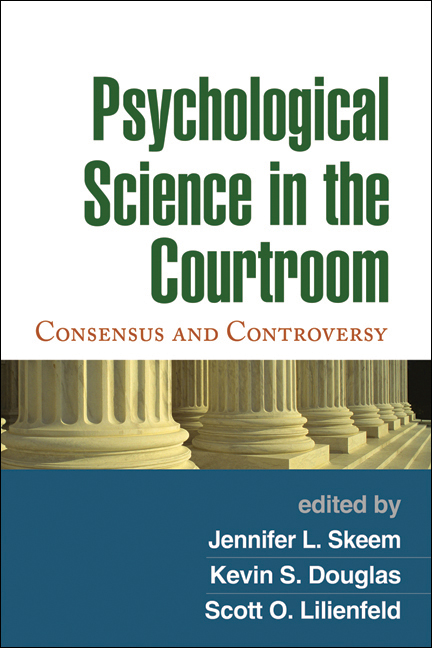