Author of The Tantrum Survival Guide: Tune In to Your Toddler's Mind (and Your Own) to Calm the Craziness and Make Family Fun Again 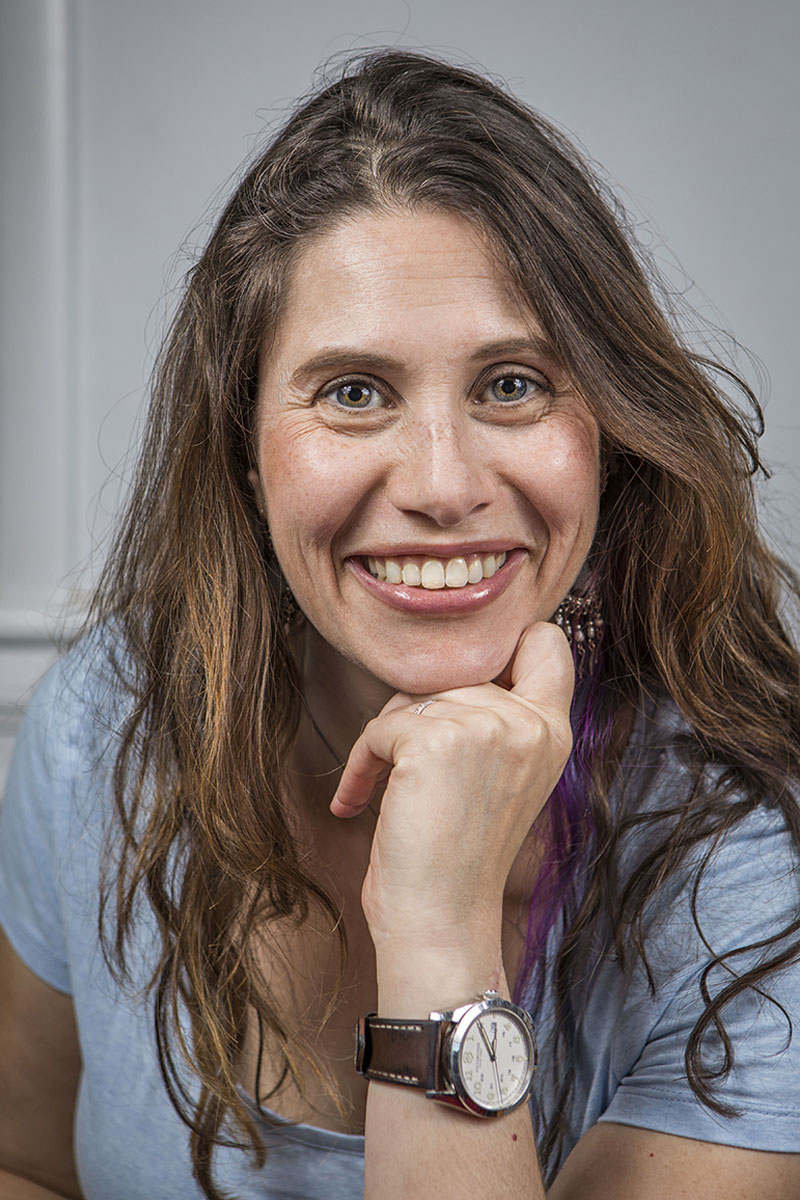 Q & A with the Author


Tell us more about your latest book!

It’s kind of an unusual story, actually. My second son, Zeke, was about one month old, and I had decided that I was going to explode if I didn’t infuse some fresh air into my maternity leave, so I walked into town to take myself out to lunch. While at the restaurant, I got a call from an unknown phone number, which I (of course) opted to ignore. When I checked the message, it was Kitty Moore at Guilford, asking me if I’d be interested in writing a book. I called her back, and one conversation led to another. Ultimately, I decided it was a fantastic idea to take on writing a book while raising two kids under the age of two (at the time) and running a psychology and consulting practice (Little House Calls)! Needless to say, it wasn’t always smooth sailing, but it was doable because my stage of life really informed both the content and voice of The Tantrum Survival Guide – even “expert” child psychologists don’t always have the answers, because real life ends up being a lot messier than what the theory and science dictate.

The hardest part – trite as it may sound – was finding the time, making writing a priority in the midst of everything else going on (and by “everything else going on,” what I really mean is total and complete sleep deprivation). The easiest was coming up with clinical and case examples; not only was I continuing to see clients, but I was (and am) also living with my own two little rugrats!

What is one important lesson or message you hope readers take away from the book?

That there’s no such thing as being perfect when it comes to parenting – even professional child psychologists feel like they’re in the trenches a lot of the time. That parents are the experts on their particular kids in their particular families in their particular homes in their particular communities. That the science is important, but that it doesn’t always apply. That knowing a bunch of “tools” for handling tantrums is necessary but not sufficient for long-term success; parents also need an understanding of where their child is at developmentally and where they are with regard to the baggage they bring to the table – tantrums are interactions. I guess that’s a lot of messages; they all kind of tie together though, right?

Are there any other books that greatly influenced your writing process and/or your research?

Other than the Calm-Down Time board book (for my kids as well as my husband and me)? I love Daniel Siegel’s work, especially Parenting From the Inside Out, which continues to influence me both personally and professionally. I’ve always been inspired by Alicia Lieberman’s The Emotional Life of the Toddler as well. The fact that Dan wrote the foreword and Alicia wrote an endorsement for my book was a dream come true. With regard to the writing process itself, Bird by Bird: Some Instructions for Writing and Life is a reference that never gets old. Perhaps Anne Lamott will endorse my next book (a woman can dream).

We are interested in learning more about your expertise.

What led you to your specific area of study (the subject of your book)?

How to handle tantrums is the most common question I receive from the parents with whom I work. There are so many misconceptions about them – what they are, why they happen, and what you can do about them. I always appreciated how much a basic understanding of certain principles and strategies (e.g., the importance of simultaneous “love and limits,” the role of “strategic attention,” the fact that tantrums are interactions) could improve parent-child relationships (thus, decreasing the frequency, duration, and intensity of tantrums). Then when I had my own kids, I also realized the limitation of those science-based approaches, and that just as key in parenting was insight into one’s own history and triggers, as well as an ability to accept imperfection and forgive oneself. And so the idea for the book was born.

Tell us one fascinating thing about this topic.

Geez, no pressure. Fascinating? Um. . . both my kids had tantrums last night at, quite literally, the exact same time about two totally unrelated issues. Does that count? Anyone else out there find that fascinating?

Are there any common misconceptions about the topic?

Many. I think the three most common are 1) that “good” children don’t have tantrums (and, therefore, that “disciplining” them will be effective), 2) that tantrums stem from an individual child rather than an interaction between a child and caregiver or influences from a larger system, and 3) that tantrums are always about defiance and testing limits, when they can also be manifestations of anxiety, sadness, confusion, or any other overwhelming emotional experiences.

What advances do you hope we will see in the next 10 years?

I’d love to see deeper empathy for young children, a greater recognition that their little brains are working overtime to keep it together, rather than the popular meme that “toddlers are a##holes” and that type of thing. It’s certainly important to laugh while parenting – humor is key to sanity – but not in a mean way, and not at the expense of our little ones. I’d love to see clarity around the misunderstood and misapplied idea of a time-out: what it is, how it’s done, when it can be effective, and when it won’t (hint: it won’t work for tantrums). I’d love to see parents relying on each other when in difficult moments with their children, rather than judging or fearing judgment. All of my high-school essays ended with a quote from John Lennon’s “Imagine,” and I kind of feel like that’s where this response could go if I don’t cut myself off now.

Now a little bit about you…

What made you decide to go into the field of mental health?

I don’t remember a time when I didn’t find people’s emotions and relationships the most interesting thing in the room. When I took Modern American History in high school, I wrote my term paper about how Reagan and Gorbachev must each have been feeling at the Reykjavík Summit, the ways in which their personal histories informed their inner hopes and doubts, which then impacted, well, the world. [Yes, that was one of the ones that ended with an “Imagine” quotation, no doubt.] I was a camp counselor for children facing emotional, behavioral, and learning challenges when I was 16; from that point on, I never veered from child mental health.

When you are not working, what do you do for fun?

These days? Sleep. That’s seriously as fun as it gets. Napping = sheer bliss. Before I had kids, I was a singer (as a hobby), and performed in piano bars in New York City. I’d love to get back to that, but it’s not going to happen any time soon. The mere thought of seeing my sons watching me from the audience is enough to make my heart explode. I was the singer in a band briefly in graduate school, which was a blast. Perhaps I’ll do that again at some point. What? It could happen!

What is your all-time favorite book?

Is there a project that you are excited to work on next? (A presentation, a workshop, writing another book, etc.)

It seems you’re not taking my aspiration to be the lead singer of a band seriously. But other than that. . . I’d love to write another book. Which means I need another idea. So I guess that’s the project: come up with another idea for a fantastic book. Also figuring out when to have Zeke’s birthday party; he’s a Christmas Eve baby, so it’s a tricky time of year to navigate. Last but not least, Project: Get Sleep is very intriguing to me these days.

See all titles by and read more about Rebecca Schrag Hershberg on her author page!

Read Q & A's with Other Authors of the Month