Attachment in Religion and Spirituality

Hardcovere-bookprint + e-book
Hardcover
March 6, 2020
ISBN 9781462542680
Price: $47.00
424 Pages
Size: 6" x 9"
order
e-book
January 21, 2020
ePub and PDF ?
Price: $47.00
424 Pages
order
print + e-book
Hardcover + e-Book (ePub and PDF) ?
Price: $94.00 $51.70
424 Pages
order
Pehr Granqvist, PhD, is Professor of Developmental Psychology at Stockholm University, Sweden. He has studied the attachment–religion connection since the mid-1990s, originally as part of his doctoral studies at Uppsala University, Sweden. His research in this area—as well as in the psychology of religion and the field of attachment more generally—is widely cited and recognized internationally. Dr. Granqvist is a recipient of the Margaret Gorman Early Career Award from Division 36 (Psychology of Religion and Spirituality) of the American Psychological Association and the Godin Prize from the International Association for the Psychology of Religion, among others. In 2018, he was a visiting scholar at the University of California, Berkeley.
X 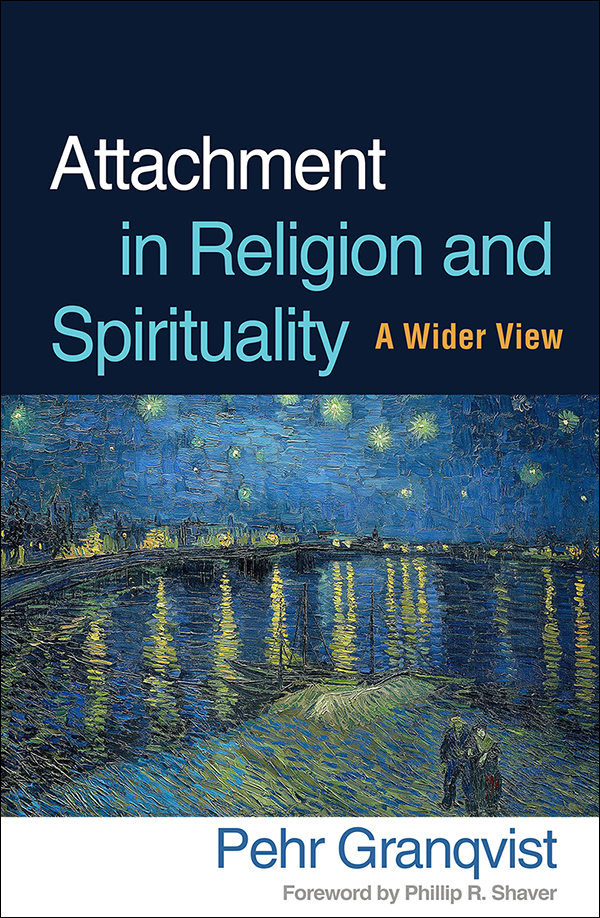