A Paperback Originale-bookprint + e-book
A Paperback Original
December 18, 2012
ISBN 9781462507900
Price: $47.00
324 Pages
Size: 8" x 10½"
order
e-book
December 18, 2012
PDF ?
Price: $47.00
324 Pages
order
print + e-book
A Paperback Original + e-Book (PDF) ?
Price: $94.00 $51.70
324 Pages
order
See related items for this product
Sabine Wilhelm, PhD, is Professor of Psychology in the Department of Psychiatry at Harvard Medical School and Chief of Psychology and Director of the Obsessive–Compulsive Disorder (OCD) and Related Disorders Program at Massachusetts General Hospital. She is Vice Chair of the Scientific Advisory Board of the International OCD Foundation, serves on the Scientific Council of the Anxiety and Depression Association of America, and is on the editorial boards of eight journals. Dr. Wilhelm's clinical work and research focus on body dysmorphic disorder, OCD, and tic disorders. She is the author of more than 200 articles and book chapters and several books, including the self-help guide Feeling Good about the Way You Look: A Program for Overcoming Body Image Problems, which was cited as a Self-Help Book of Merit by the Association for Behavioral and Cognitive Therapies (ABCT). She is a Fellow of ABCT and the Association for Psychological Science.

Katharine A. Phillips, MD, is Director of the Body Dysmorphic Disorder (BDD) Program, Director of Research for Adult Psychiatry, and Senior Research Scientist at Rhode Island Hospital, and Professor of Psychiatry and Human Behavior at the Alpert Medical School of Brown University. A Fellow of the American College of Neuropsychopharmacology and a Distinguished Fellow of the American Psychiatric Association, she is the recipient of a Special Presidential Commendation from the American Psychiatric Association for her research on BDD. Dr. Phillips has repeatedly been included in Best Doctors in America and Castle Connolly's America's Top Doctors. She has more than 290 scientific publications and has written a number of books on BDD for professionals and the public, including Understanding Body Dysmorphic Disorder: An Essential Guide.

Gail Steketee, PhD, is Dean and Professor at the Boston University School of Social Work. Her scholarly work has focused on developing and testing treatments for obsessive–compulsive spectrum disorders, including obsessive–compulsive disorder (OCD), body dysmorphic disorder, and hoarding disorder. She has published over 200 articles and chapters and more than a dozen books on these topics. Dr. Steketee is a recipient of the Outstanding Career Achievement Award from the International OCD Foundation and is 2016–2017 President Elect of the Association for Behavioral and Cognitive Therapies. She gives frequent lectures and workshops on hoarding and related conditions to professional and public audiences in the United States and internationally.
X 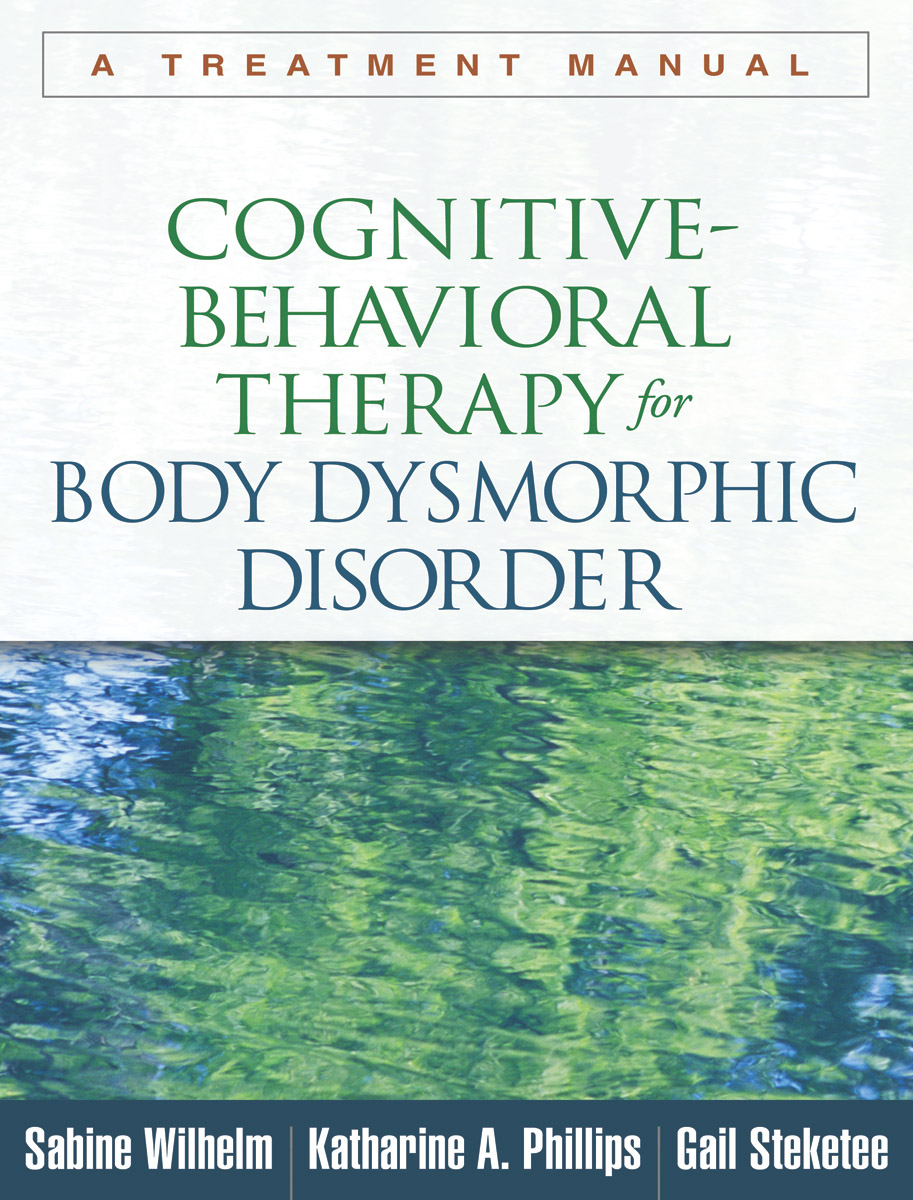