What Clinicians Need to Know 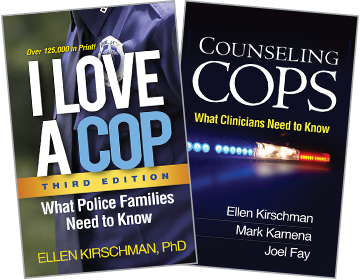 See related items for this product
The reproducible materials can be downloaded and printed in PDF format.
Ellen Kirschman, PhD, is a police and public safety psychologist, volunteer clinician at the First Responder Support Network, and sought-after speaker and workshop facilitator. Dr. Kirschman is a recipient of the Award for Outstanding Contributions to Police and Public Safety Psychology from the Police and Public Safety Section of Division 18 (Psychologists in Public Service) of the American Psychological Association and the Distinguished Contribution to Psychology award from the California Psychological Association. She is coauthor of a book for mental health professionals, , and author of the self-help guides I Love a Cop, Third Edition, and I Love a Fire Fighter, as well as the mystery novels Burying Ben, The Right Wrong Thing, and The Fifth Reflection. She lives in Redwood City, California. Her website is www.ellenkirschman.com.

Mark Kamena, PhD, ABPP, is Director of Research and Co-Founder of the First Responder Support Network, a volunteer, nonprofit organization that operates the West Coast Post-Trauma Retreat and a separate program for first-responder spouses and significant others. He has a private practice in Marin County, California, where he specializes in first-responder posttraumatic stress injury. Dr. Kamena is a recipient of the Award for Outstanding Contributions to Police and Public Safety Psychology from APA Division 18. He is President of the CPA and serves on the CPA Foundation Board.

Joel Fay, PsyD, ABPP, is a psychologist in private practice who works with emergency responders and provides crisis intervention training for numerous agencies throughout California. He served as a police officer for over 30 years before retiring in 2011. Dr. Fay is a recipient of the Humanitarian Award from the California Psychological Association and the Award for Outstanding Contributions to Police and Public Safety Psychology from APA Division 18. He serves on the Psychological Services Committee of the International Association of Chiefs of Police, is Clinical Director of the First Responder Support Network, and teaches and presents workshops widely.
X 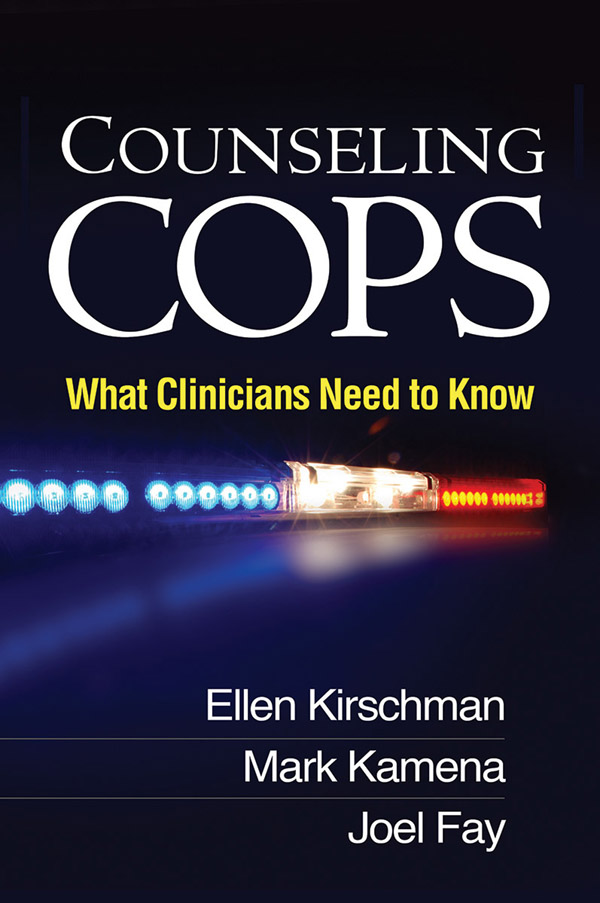