Alternatives to Throwing Away the Keys

Hardcovere-bookprint + e-book
Hardcover
September 29, 2010
ISBN 9781606239353
Price: $49.00
306 Pages
Size: 6" x 9"
order
e-book
March 11, 2011
ePub ?
Price: $49.00
306 Pages
order
print + e-book
Hardcover + e-Book (ePub) ?
Price: $98.00 $53.90
306 Pages
order
D. Richard Laws, PhD, until his death in 2020, was Director of Pacific Behavioural Assessment in Victoria, British Columbia, Canada. He was a past president of the Association for the Treatment of Sexual Abusers. He held adjunct faculty positions at Cardiff University in the United Kingdom and at the University of Victoria and Simon Fraser University in British Columbia, and was Honourary Professor at the University of Birmingham, United Kingdom. Dr. Laws was known in the field of sexual deviation as a developer of assessment procedures and behavior therapies.

Tony Ward, PhD, is Head of School and Professor of Clinical Psychology at Victoria University of Wellington, New Zealand. His research interests include cognition in offenders, rehabilitation and reintegration processes, and ethical issues in forensic psychology. He has published extensively in these areas and has over 280 academic publications.
X 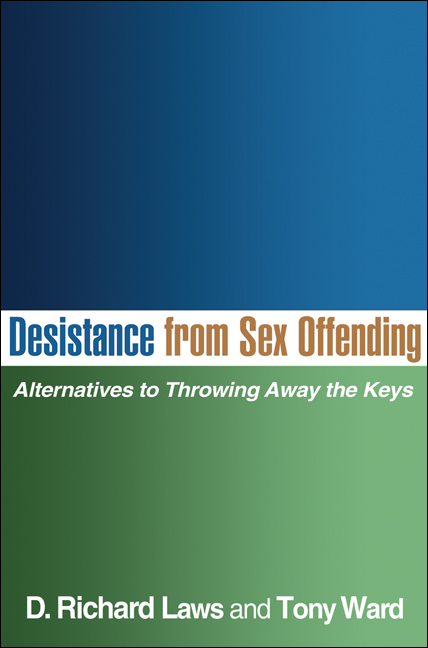