HardcoverPaperbacke-bookprint + e-book
Hardcover
May 2, 2018
ISBN 9781462535699
Price: $55.00
246 Pages
Size: 6" x 9"
order
Paperback
May 3, 2018
ISBN 9781462532971
Price: $14.95
246 Pages
Size: 6" x 9"
order
e-book
April 11, 2018
ePub and PDF ?
Price: $14.95
246 Pages
order
print + e-book
Paperback + e-Book (ePub and PDF) ?
Price: $29.90 $16.45
246 Pages
order
Read a Q & A with featured author, Kayla Harrison! Sign up for e-alerts on upcoming titles on Dialectical Behavior Therapy (with special discounts)!
Kayla Harrison began training in judo at age 6 and is the first American ever to win an Olympic gold medal in the sport, which she did in both 2012 and 2016. Yet her competitive success masked an unimaginable personal struggle. At the age of 16, she revealed that she had been sexually abused by her coach for years. Today, Kayla uses her gold medal profile, voice, and example, as well as her Fearless Foundation, to encourage and empower other survivors of child sexual abuse. Now retired from competing in judo, Kayla is moving into mixed martial arts with the Professional Fighters League. She lives and trains in Boston.

Cynthia S. Kaplan, PhD, is a faculty member at Harvard Medical School and Director of Trauma Training and Consultation in the Simches Division of Child and Adolescent Psychiatry at McLean Hospital. She has worked with numerous survivors of child sexual abuse and is coauthor of Helping Your Troubled Teen.

Blaise Aguirre, MD, is a faculty member at Harvard Medical School and Medical Director of the 3East Dialectical Behavior Therapy program at McLean Hospital. He treats many adolescents who have been sexually abused and is author of Borderline Personality Disorder in Adolescents: What To Do When Your Teen Has BPD.
X 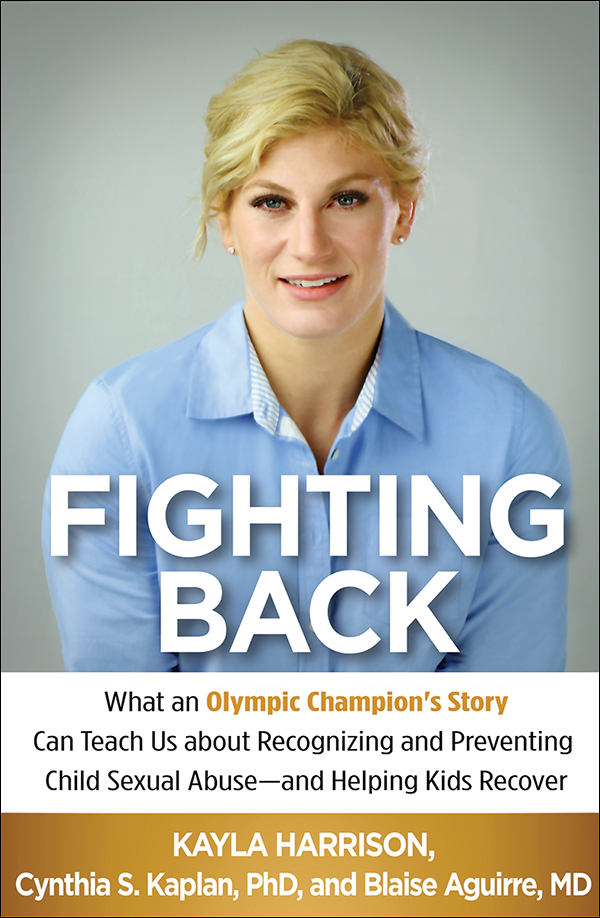