Skip to content
Free shipping & save 20% with code WINTER2022

HardcoverPaperbacke-bookprint + e-book
Hardcover
February 22, 2008
ISBN 9781593851477
Price: $139.00
740 Pages
Size: 7" x 10"
order
Paperback
November 3, 2010
ISBN 9781609181468
Price: $79.00
740 Pages
Size: 7" x 10"
order
e-book
October 15, 2013
PDF ?
Price: $79.00
740 Pages
order
print + e-book
Paperback + e-Book (PDF) ?
Price: $158.00 $86.90
740 Pages
order
See related items for this product
Read a Q&A with featured author, Patricia Leavy! Sign up for e-alerts on upcoming titles by Patricia Leavy (with special discounts)!
Sharlene Nagy Hesse-Biber is Professor of Sociology and Director of Women’s Studies at Boston College. She is also the founder and former Executive Director of the National Association for Women in Catholic Higher Education. She has published widely on the impact of sociocultural factors on women’s body image, as well as on feminist and qualitative research methods. She is codeveloper of the software program HyperRESEARCH, a computer-assisted program for analyzing qualitative data, and of the new transcription tool HyperTRANSCRIBE. Her article "Qualitative Approaches to Mixed Methods Practice" was the most downloaded article of 2010 in the journal Qualitative Inquiry.

Patricia Leavy, PhD, is an independent sociologist and former Chair of Sociology and Criminology and Founding Director of Gender Studies at Stonehill College in Easton, Massachusetts. She is the author, coauthor, or editor of over 30 books, and the creator and editor of 10 book series. Known for her commitment to public scholarship, she is frequently contacted by the U.S. national news media and has blogged for The Huffington Post, The Creativity Post, and We Are the Real Deal. She is also co-founder and co-editor-in-chief of the journal Art/Research International. Dr. Leavy has received numerous awards for her work in the field of research methods, including the Distinguished Service Outside the Profession Award from the National Art Education Association, the New England Sociologist of the Year Award from the New England Sociological Association, the Special Achievement Award from the American Creativity Association, the Egon Guba Memorial Keynote Lecture Award from the American Educational Research Association Qualitative Special Interest Group, and the Special Career Award from the International Congress of Qualitative Inquiry. In 2016, Mogul, a global women’s empowerment platform, named her an “Influencer.” The School of Fine and Performing Arts at the State University of New York at New Paltz has established the Patricia Leavy Award for Art and Social Justice in her honor. Dr. Leavy delivers invited lectures and keynote addresses at universities and conferences. Her website is www.patricialeavy.com.
X 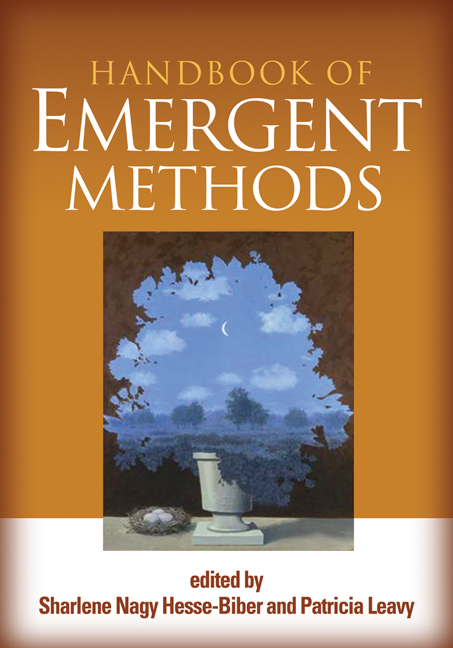