OCD in Children and Adolescents

The "OCD Is Not the Boss of Me" Manual

HardcoverPaperbacke-bookprint + e-book
Hardcover
February 18, 2020
ISBN 9781462542048
Price: $86.00
252 Pages
Size: 8" x 10½"
order
Paperback
February 18, 2020
ISBN 9781462542031
Price: $36.00
252 Pages
Size: 8" x 10½"
order
e-book
January 7, 2020
ePub and PDF ?
Price: $36.00
252 Pages
order
print + e-book
Paperback + e-Book (ePub and PDF) ?
Price: $72.00 $39.60
252 Pages
order
The reproducible materials can be downloaded and printed in PDF format.
Katherine McKenney, PhD, is a staff psychologist with the Provincial OCD Program at BC Children’s Hospital (BCCH) in Vancouver, British Columbia, Canada, as well as Adjunct Professor in the Department of Psychology at the University of British Columbia and a director at Cornerstone Child and Family Psychology Clinic. At BCCH, Dr. McKenney provides assessment and group treatment to youth with obsessive–compulsive disorder (OCD) and their families. She also consults and trains clinicians around the province, is actively involved in research and program development, and has coauthored numerous peer-reviewed publications. Dr. McKenney has developed several group therapy manuals for the treatment of OCD and maintains a busy private practice.

Annie Simpson, PhD, is a director at Cornerstone Child and Family Psychology Clinic in Vancouver and a clinical associate in the Department of Psychology at Simon Fraser University in Burnaby, British Columbia, Canada. She previously worked as a staff psychologist with the Provincial OCD Program at BC Children’s Hospital (BCCH). Dr. Simpson was actively involved in research and program development in her role at BCCH and coauthored numerous publications. She has worked as a consultant for Anxiety Canada, providing lectures and workshops and developing self-help materials for children and adolescents.

S. Evelyn Stewart, MD, is Full Professor in the Department of Psychiatry at the University of British Columbia, in Vancouver, Canada, and Founding Director of the Provincial OCD Program at BC Children’s Hospital (BCCH), the first integrated clinic and research program for pediatric OCD in Canada. Dr. Stewart spent her early career as a psychiatrist within the pediatric and adult obsessive–compulsive disorder (OCD) clinic teams at Massachusetts General Hospital, as Research Director of the OCD Institute at McLean Hospital, and as Assistant Professor at Harvard Medical School. She has authored over 100 original papers, reviews, and book chapters on family, genetic, neuroimaging, and treatment aspects of OCD and related illnesses throughout the lifespan.
X 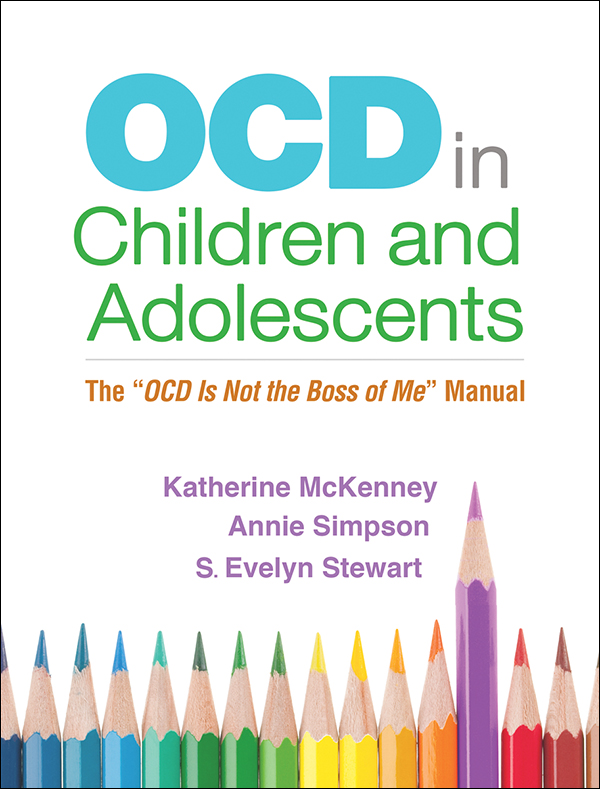