Edited by David A. Crenshaw, Robert Brooks, and Sam Goldstein

Hardcovere-bookprint + e-book
Hardcover
May 4, 2015
ISBN 9781462520466
Price: $41.00
251 Pages
Size: 6" x 9"
order
e-book
May 4, 2015
ePub and PDF ?
Price: $41.00
251 Pages
order
print + e-book
Hardcover + e-Book (ePub and PDF) ?
Price: $82.00 $45.10
251 Pages
order
David A. Crenshaw, PhD, ABPP, RPT-S, is Clinical Director of the Children’s Home of Poughkeepsie, New York, and Adjunct Faculty at Marist College. He has taught graduate courses in play therapy at Johns Hopkins University and Columbia University and has published widely on child and adolescent therapy, child abuse and trauma, and resilience in children. A Fellow of the American Psychological Association and of its Division of Child and Adolescent Psychology, Dr. Crenshaw has received lifetime achievement awards from the New York Association for Play Therapy and the Hudson Valley Psychological Association. He is a past chair of the board of directors of the Coalition against Sexual and Domestic Abuse and a member of the professional advisory board of the Courthouse Dogs Foundation and of the Dutchess County Task Force against Human Trafficking.

Robert Brooks, PhD, ABPP, is Assistant Clinical Professor of Psychology in the Department of Psychiatry at Harvard Medical School and former Director of the Department of Psychology at McLean Hospital. He has lectured nationally and internationally and written extensively about such topics as resilience, psychotherapy, and positive school and work environments. Dr. Brooks has coauthored or coedited numerous books with Sam Goldstein, including Handbook of Resilience in Children, Second Edition; Raising Resilient Children; and The Power of Resilience. He has received numerous awards in recognition of his work on behalf of children and their families, especially in the area of resilience.

Sam Goldstein, PhD, is Assistant Clinical Instructor in the Department of Psychiatry at the University of Utah School of Medicine and on staff at the University Neuropsychiatric Institute. He is also Clinical Director of the Neurology, Learning, and Behavior Center in Salt Lake City. Dr. Goldstein is Editor-in-Chief of the Journal of Attention Disorders and serves on the editorial boards of six journals. He is author or editor of more than 50 books and 100 scholarly publications, as well as several psychological tests. He has lectured to thousands of professionals and the lay public in the United States, South America, Asia, Australia, and Europe.
X 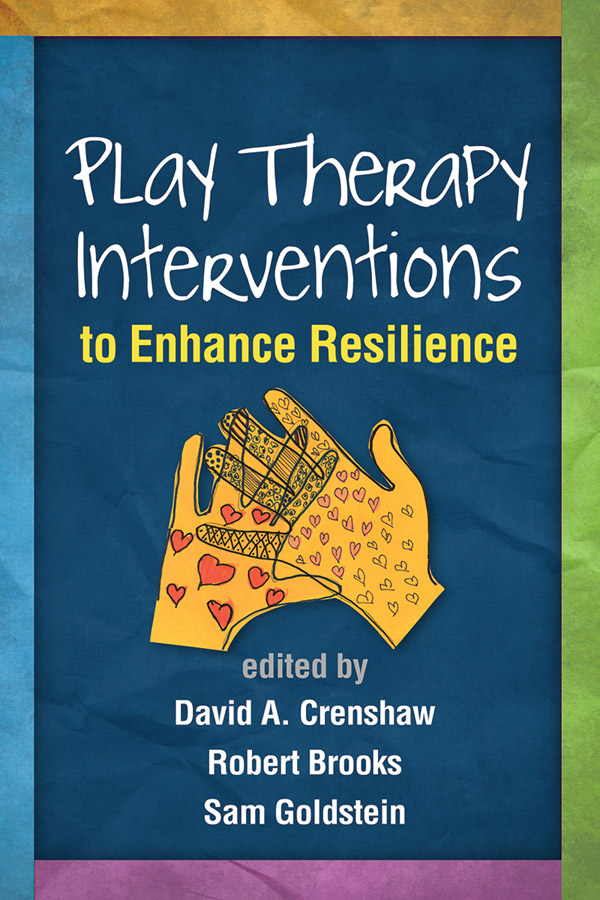