Theory and Explanation in Social Psychology

Hardcovere-bookprint + e-book
Hardcover
November 24, 2014
ISBN 9781462518487
Price: $76.00 $57.00
433 Pages
Size: 6⅛" x 9¼"
order
e-book
December 17, 2014
ePub and PDF ?
Price: $76.00 $57.00
433 Pages
order
print + e-book
Hardcover + e-Book (ePub and PDF) ?
Price: $152.00 $83.60
433 Pages
order
Bertram Gawronski, PhD, is Professor of Psychology at the University of Texas at Austin. His research investigates the mental underpinnings and behavioral consequences of spontaneous and deliberate evaluations of objects, individuals, groups, and social issues. Dr. Gawronski's work has been recognized with the Theoretical Innovation Prize from the Society for Personality and Social Psychology (SPSP), the Career Trajectory Award from the Society of Experimental Social Psychology (SESP), the Early Career Award from the International Social Cognition Network, the Early Researcher Award from the Ministry of Research and Innovation of Ontario, and the Charlotte and Karl Bühler Award from the German Psychological Society. He is a Fellow of the Association for Psychological Science (APS), SESP, SPSP, and the Midwestern Psychological Association, and is a member of several editorial boards.

Galen V. Bodenhausen, PhD, is Lawyer Taylor Professor of Psychology and Professor of Marketing at Northwestern University. Dr. Bodenhausen studies a wide variety of issues related to social cognition, such as the origins, nature, and consequences of social attitudes, including both explicit and implicit (or automatic) attitudes; the role of identity concerns in judgment and behavior; the influence of prejudice and stereotypes on perception, judgment, memory, and behavior; how moods and other kinds of emotional states influence judgment and preference; and the nature and consequences of social and consumer values. He is a member of several editorial boards and is a Fellow of APS, the American Psychological Association, SPSP, and the Society for the Psychological Study of Social Issues.
X 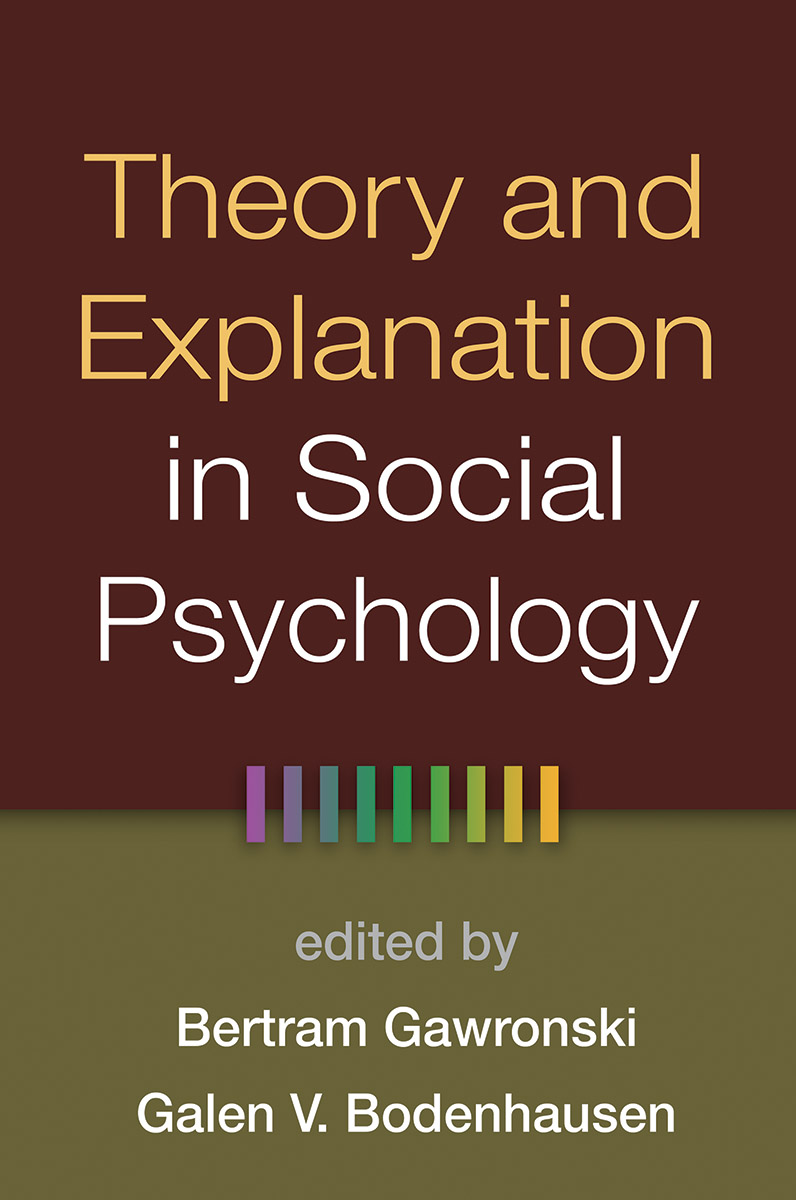