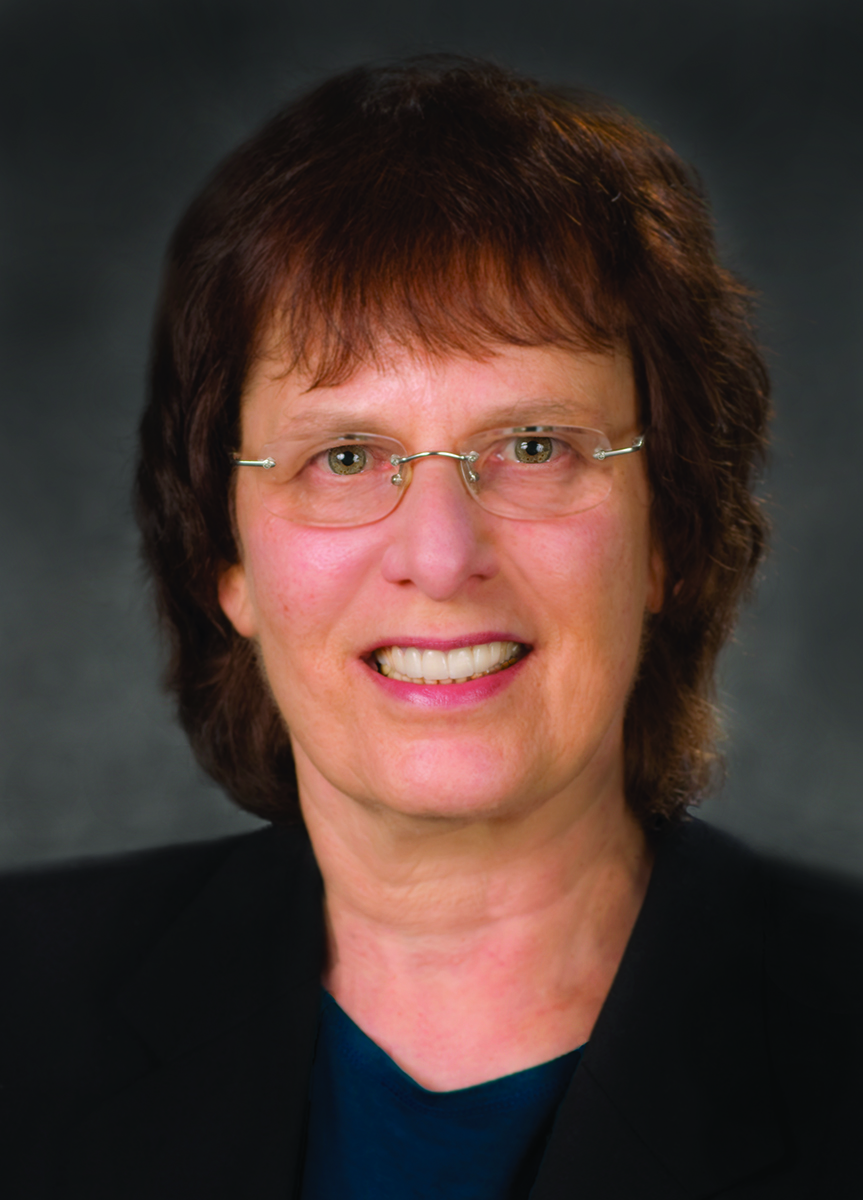 
Q&A with the Author

A lot has changed since the last edition appeared 15 years ago. EMDR therapy has been validated as an effective treatment for PTSD in more than 30 randomized controlled trials, and has been recognized as a frontline treatment in international guidelines. In addition, extensive research has documented positive treatment effects for a wide range of disorders. The current volume gives me an opportunity to offer the latest theory and research governing EMDR therapy practice, to expand information on the treatment of various populations, and to describe additional procedures and protocols that have proven to be valuable additions to clinical practice. I also felt it was important to review the extensive neurophysiological research and the implications for a clinical practice.

What is the one thing you hope readers take away from this book?

I hope they will arrive at a comprehensive understanding of EMDR therapy as an integrative psychotherapeutic approach, with a distinct model that provides the theoretical framework and principles for treatment as well as an explanation of the basis of pathology and personality development. The Adaptive Information Processing model is supported by a large body of research clearly demonstrating that the clinical symptoms of PTSD and other disorders are physiologically based and can be efficiently treated. For instance, the negative emotions, sensations and cognitions that characterize PTSD are symptoms of insufficiently processed memories of the trauma that are physiologically stored. EMDR therapy procedures directly target the memories, stimulate the information processing system, and process them to adaptive resolution. As indicated in the World Health Organization Guidelines (2013), “The treatment involves standardized procedures that include focusing simultaneously on (a) spontaneous associations of traumatic images, thoughts, emotions and bodily sensations and (b) bilateral stimulation that is most commonly in the form of repeated eye movements. Like CBT with a trauma focus, EMDR aims to reduce subjective distress and strengthen adaptive cognitions related to the traumatic event. Unlike CBT with a trauma focus, EMDR does not involve (a) detailed descriptions of the event, (b) direct challenging of beliefs, (c) extended exposure, or (d) homework.” (p.1) The eight phases of EMDR therapy target and process the earlier memories that set the groundwork for dysfunction, the current situations that trigger disturbance and templates for appropriate future actions.

Is there something you think is important to highlight about this topic?

It is important to understand the implications of the Adaptive Information Processing (AIP) model for the entire spectrum of clinical issues. It posits that symptoms, other than those that are organically based or caused by inadequate information are rooted in insufficiently processed memories inappropriately stored in the brain. These unprocessed memories can include the impact of dysfunctional family of origin interactions, along with any other detrimental experiences and relationships throughout the person’s lifetime. These memories are encoded with the emotions, beliefs and physical sensations that occurred at the time of the event. When something happens in the present it links into the existing memory network to be understood and this connection is the basis of current reactions. According to this view, the dysfunctional traits, behaviors, beliefs, affects, and body sensations are manifestations of the unprocessed memories. To treat these negative attributes with EMDR therapy the physiologically stored memory that is the basis of the pathology is identified, accessed and processed to resolution. In sum, according to the AIP model, inadequately processed experiences are the basis of pathology across the clinical spectrum, and processed experiences are the basis of mental health.

The AIP precept regarding the impact of trauma, as well as other adverse life events that do not meet the criteria of major trauma, has now been demonstrated by research. The first study to corroborate the posited effects of adverse childhood events on a wide range of disorders was an examination of over 17,000 Kaiser Permanente Department of Preventive Medicine patients. The research evaluated the prevalence of 10 categories of experiences and reported that the more kinds of adverse experiences in childhood, the greater the likelihood of developing mental health problems typified by alcoholism, drug abuse, and depression. Research has continued to confirm the negative effects of adverse childhood experiences across the clinical spectrum.

Adverse experiences can also have a direct prolonged physical effect. For instance, numerous studies, including a randomized controlled trial (RCT), have indicated that phantom limb pain can be eliminated through EMDR processing of the memory of the incident when the limb was initially damaged. As posited in the AIP model, even in these cases of chronic pain, a major cause may be the unprocessed memories that are physiologically stored with the cognitive, affective and somatic elements that were originally experienced.

What is a common misconception about this topic that you would like to clear up?

Many people are not aware that research supports the efficacy of bilateral stimulation (BLS). The repetitive lateral eye movements, which are the most common form of BLS used in EMDR therapy, have been subject to intense experimental scrutiny. Although their usefulness was initially questioned, research in the form of over 30 RCTs has strongly confirmed the usefulness of the eye movements. The positive effects of this form of BLS include an immediate decrease in emotional arousal, negative emotions, and/or imagery vividness, as reported in approximately 20 RCTs. Other beneficial changes are seen in improved attentional flexibility, memory retrieval, and recognition of true information. Further confirmation of the positive effects has been summarized in a recent meta-analysis of 26 RCTs in both clinical settings demonstrating a moderate average effect size (Cohen’s d = 0.41), and laboratory experiments demonstrating a large effect size (Cohen’s d = 0.74). These studies have been evaluated with respect to three dominant hypotheses: (1) disruption of working memory, (2) elicitation of an orienting response, and (3) REM sleep.

The following is a short transcript of the treatment of an army medic suffering from moral injury because of his inability to save someone. Note the initial feelings of intense anger, anxiety and guilt followed by the associational changes that occur after each set of eye movements.

"Medics have a unique responsibility, if we do our jobs we save lives and if we don’t people die."

"If Pete hadn’t pulled me off him I would still be trying to revive him."

"I kept him alive until we got to the CSH [combat support hospital] and the docs said ‘He’s gone!’ I was mad and had blood all over me. I said, ‘I did it all for this?!’"

"Pete pulled me away and said, ‘Come over brother, let’s go.'"

"I don’t feel as angry as I did before."

"I did what I was trained to do; I actually saved peoples’ lives."

This associational processing resulting in adaptive resolution is typical of EMDR therapy treatment. If processing stalls, standardized procedures are used to reengage the information needed to bring about resolution. It is important to note that the bilateral stimulation must be employed within the standardized EMDR procedures and protocols. A meta-analysis has demonstrated that there is a correlation between procedural fidelity and positive treatment effects.

What upcoming projects are you working on?

There are a variety of humanitarian assistance programs that are in various stages of development. Research clearly demonstrates the negative psychological and physical effects of unhealed trauma. For instance, untreated traumas can have profound interpersonal and intergenerational consequences, as clearly indicated by research reporting that mothers suffering from PTSD have an increased likelihood of mistreating their children. Internationally, it is vital to devote resources to investigate treatment options with individuals living in underdeveloped areas in the world, where mental health professionals and facilities are scarce. Also of concern in these regions is determining the best ways to remove the stigma about mental health treatment so that it will be accepted in the same way that offers of physical treatment are embraced. This research has potentially important consequences for peaceful coexistence as attempts at reconciliation of people beset by ethnopolitical violence are often hampered by unprocessed memories of trauma. Research has identified a negative attentional bias in people with PTSD, that hampers their ability to disengage from threatening cues. Clearly, this can have a detrimental effect when attempting to forge agreement and understanding, since the very sight of individuals long viewed as the enemy can disrupt any attempt at reconciliation. Fortunately, preliminary research indicates that EMDR therapy can restore normal cognitive processing and eliminate the attentional bias. More research is needed, and the outcomes can have important implications for reallocating resources and influencing both national and international social policies.

See all titles by and read more about Francine Shapiro on her author page!