A Primer on Regression Artifacts

David A. Kenny, PhD, is Professor of Social Psychology at the University of Connecticut. He has been a visiting professor at Oxford University and Arizona State University, and was a Fellow at the Center for Advanced Study in the Behavioral Sciences.
X 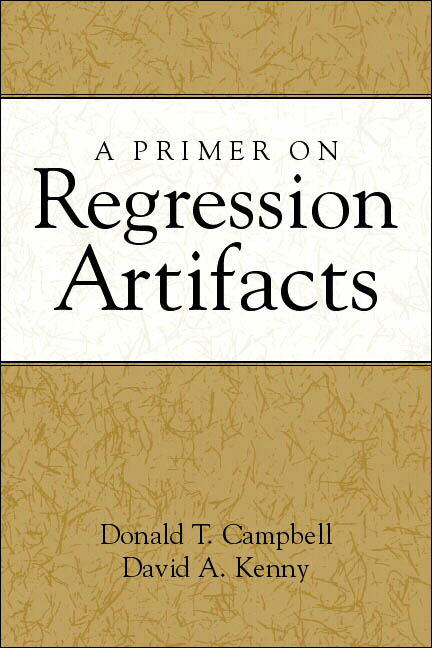