Clinical Assessment of Malingering and Deception

HardcoverPaperbacke-bookprint + e-book
Hardcover
May 1, 2018
ISBN 9781462533497
Price: $97.00
656 Pages
Size: 7" x 10"
order
Paperback
May 28, 2020
ISBN 9781462544189
Price: $47.00
656 Pages
Size: 7" x 10"
order
e-book
April 4, 2018
ePub and PDF ?
Price: $47.00
656 Pages
order
print + e-book
Paperback + e-Book (ePub and PDF) ?
Price: $94.00 $51.70
656 Pages
order
Richard Rogers, PhD, ABPP, is Regents Professor of Psychology at the University of North Texas. He is a recipient of the Guttmacher Award from the American Psychiatric Association, the Distinguished Contributions to Forensic Psychology Award from the American Academy of Forensic Psychologists, and the Amicus Award from the American Academy of Psychiatry and Law. In addition, Dr. Rogers is only the fourth psychologist to receive Distinguished Professional Contributions awards for both Applied Research and Public Policy from the American Psychological Association. He is the principal author of the Structured Interview of Reported Symptoms (SIRS) and its second edition (SIRS-2), often considered the premier measure for feigned mental disorders.

Scott D. Bender, PhD, ABPP-CN, is Associate Professor of Psychiatry and Neurobehavioral Science at the University of Virginia (UVA). His primary appointment is with the Institute of Law, Psychiatry, and Public Policy at UVA, where his duties include teaching, research, and conducting forensic neuropsychological evaluations. Dr. Bender has published extensively, and his research focuses on differential diagnosis of malingering and the effects of traumatic brain injury on neurocognitive and emotional functioning. He frequently testifies on these and related matters in both criminal and civil cases.
X 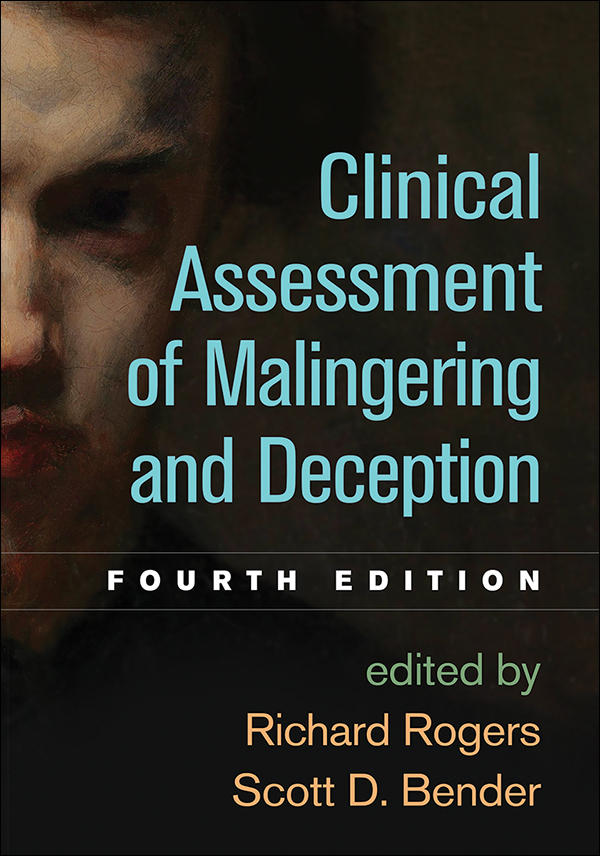