Handbook of the Psychology of Religion and Spirituality

Paperbacke-bookprint + e-book
Paperback
December 19, 2014
ISBN 9781462520534
Price: $51.00 $38.25
698 Pages
Size: 7" x 10"
Copyright Date: 2013
order
e-book
May 21, 2013
ePub and PDF ?
Price: $51.00 $38.25
698 Pages
Copyright Date: 2013
order
print + e-book
Paperback + e-Book (ePub and PDF) ?
Price: $102.00 $56.10
698 Pages
order
See related items for this product
Raymond F. Paloutzian, PhD, is Professor Emeritus of Experimental and Social Psychology at Westmont College and consultant to the Religion, Experience, and Mind (REM) Lab Group at the University of California, Santa Barbara. He has been a visiting professor at Stanford University and a guest professor at Katholieke Universiteit in Leuven, Belgium. Dr. Paloutzian is a past president of the Society for the Psychology of Religion and Spirituality (Division 36) of the American Psychological Association (APA) and is a Fellow of five APA divisions and of the Association for Psychological Science. For 18 years, he was Editor-in-Chief of the International Journal for the Psychology of Religion. His books include (coedited with Crystal L. Park), and Invitation to the Psychology of Religion, Third Edition. Dr. Paloutzian has given invited talks on the psychology of religion in global perspective in various countries around the world.

Crystal L. Park, PhD, is Professor of Psychology at the University of Connecticut. She is Associate Editor of Psychology and Health, the Journal of Consulting and Clinical Psychology, Psychology of Religion and Spirituality, and The International Journal for the Psychology of Religion. Dr. Park is a past president and the current awards chair of APA Division 36, and a recipient of the Division's William James Award. Her research interests include the roles of religious beliefs and religious coping in response to stressful life events, the phenomenon of stress-related growth, and people's attempts to find meaning in or create meaning out of negative life events.
X 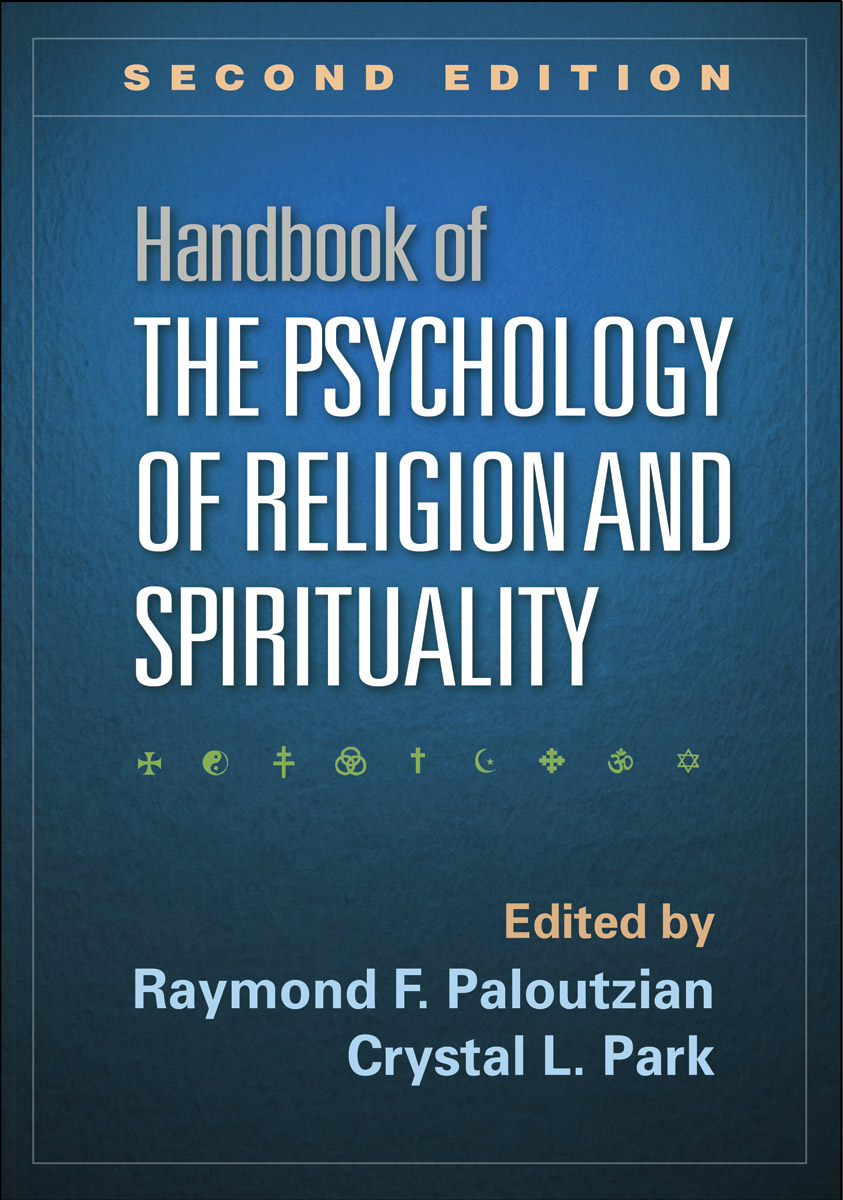