Edited by David A. Clark

Hardcover
Hardcover
October 8, 2004
ISBN 9781593850838
Price: $40.00
255 Pages
Size: 6" x 9"
order
David A. Clark, PhD, is a Professor in the Department of Psychology at the University of New Brunswick, Canada. He received his PhD from the Institute of Psychiatry, University of London, England. Dr. Clark has published numerous articles on cognitive theory and therapy of depression and obsessive-compulsive disorders, and is the author of Cognitive-Behavioral Therapy for OCD and the coauthor (with Aaron T. Beck and Brad A. Alford) of Scientific Foundations of Cognitive Theory and Therapy of Depression. Drs. Clark and Beck recently developed the Clark-Beck Obsessive-Compulsive Inventory to assess self-reported severity of obsessive and compulsive symptoms. Dr. Clark has received a number of research grants to study the cognitive basis of emotional disorders, the most recent being a Canadian federal grant to investigate intentional control of unwanted intrusive thoughts. He is a Founding Fellow of the Academy of Cognitive and Behavioral Therapies and an Associate Editor of Cognitive Therapy and Research.
X 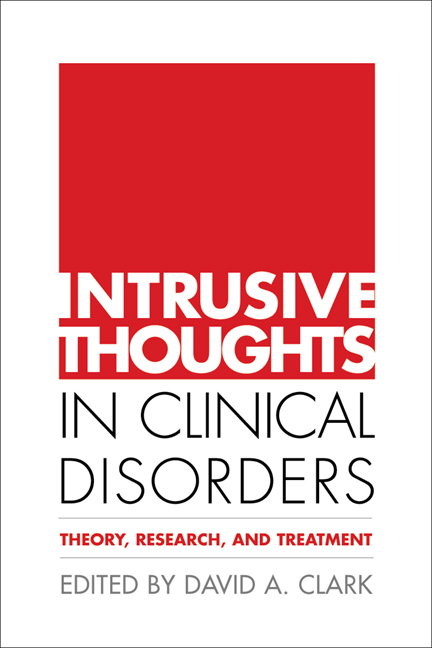