Hardcovere-bookprint + e-book
Hardcover
May 7, 2020
ISBN 9781462542949
Price: $42.00
288 Pages
Size: 6" x 9"
order
e-book
May 7, 2020
ePub and PDF ?
Price: $42.00
288 Pages
order
print + e-book
Hardcover + e-Book (ePub and PDF) ?
Price: $84.00 $46.20
288 Pages
order
Carrie H. Kennedy, PhD, ABPP, is a Captain in the Medical Service Corps of the U.S. Navy and is Assistant Professor of Psychiatry and Neurobehavioral Sciences at the University of Virginia. She is board certified in both clinical and police and public safety psychology. Dr. Kennedy is a Fellow of the National Academy of Neuropsychology and the American Psychological Association (APA), for which she currently serves on the Council of Representatives. In 2019 she received APA Division 19’s (Society for Military Psychology) Robert S. Nichols Award for excellence in service by uniformed clinical psychologists to military personnel and their families. Dr. Kennedy has more than 70 publications in the areas of military psychology, aeromedical psychology, and neuropsychology. She is the author or editor of six books, which have been translated into four languages.
X 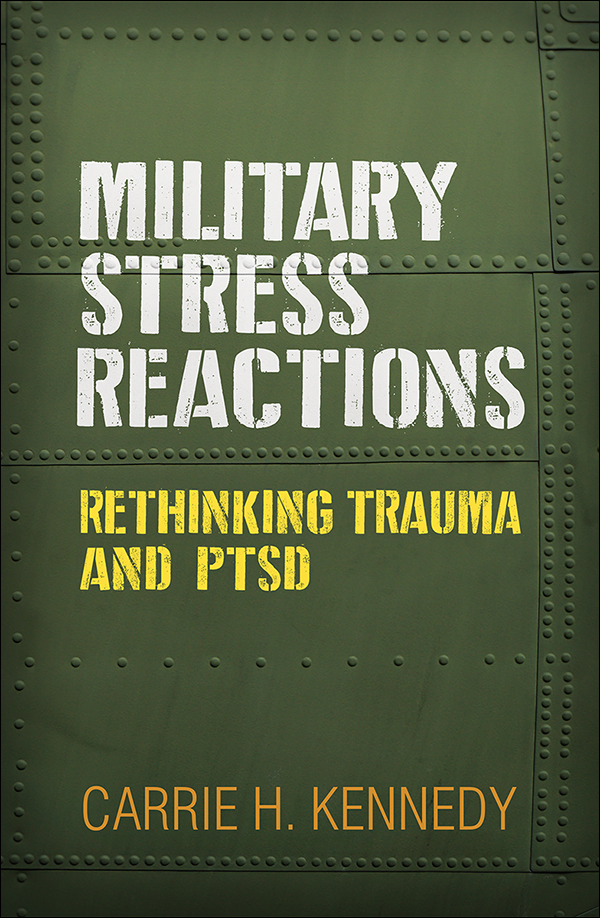