HardcoverPaperbacke-bookprint + e-book
Hardcover
July 14, 2011
ISBN 9781609184940
Price: $95.00
426 Pages
Size: 6" x 9"
order
Paperback
February 6, 2020
ISBN 9781462543694
Price: $42.00
426 Pages
Size: 6" x 9"
order
e-book
August 18, 2011
ePub and PDF ?
Price: $42.00
426 Pages
order
print + e-book
Paperback + e-Book (ePub and PDF) ?
Price: $84.00 $46.20
426 Pages
order
Professors: free copies available for adoption consideration
Download an e-book copy now or order a print copy
See related items for this product
The ePub edition of this title is Global Certified Accessible to WCAG 2.0 AA standards. Sign up for e-alerts on upcoming titles by Nancy McWilliams (with special discounts)!
Nancy McWilliams, PhD, ABPP, teaches in the Graduate School of Applied and Professional Psychology at Rutgers, The State University of New Jersey, and has a private practice in Flemington, New Jersey. She is a former president of the Division of Psychoanalysis (39) of the American Psychological Association and is on the editorial board of Psychoanalytic Psychology. Dr. McWilliams’s books have been translated into 14 languages, and she has lectured widely both nationally and internationally. She is a recipient of honors including the Rosalee Weiss Award for contributions to practice from the Division of Independent Practitioners of the American Psychological Association; Honorary Membership in the American Psychoanalytic Association; and the Robert S. Wallerstein Visiting Scholar Lectureship in Psychotherapy and Psychoanalysis at the University of California, San Francisco. A graduate of the National Psychological Association for Psychoanalysis, Dr. McWilliams is also affiliated with the Center for Psychoanalysis and Psychotherapy of New Jersey and the National Training Program of the National Institute for the Psychotherapies in New York City.
X 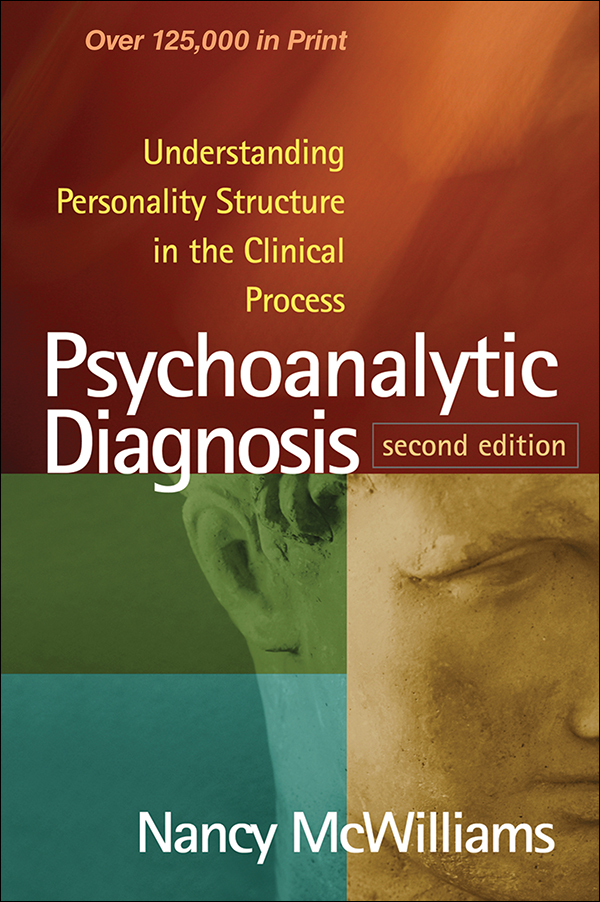