Science and Pseudoscience in Clinical Psychology

HardcoverPaperbacke-bookprint + e-book
Hardcover
October 12, 2014
ISBN 9781462517510
Price: $99.00
548 Pages
Size: 6⅛" x 9¼"
order
Paperback
October 13, 2014
ISBN 9781462517893
Price: $49.00
548 Pages
Size: 6⅛" x 9¼"
order
e-book
October 13, 2014
ePub and PDF ?
Price: $49.00
548 Pages
order
print + e-book
Paperback + e-Book (ePub and PDF) ?
Price: $98.00 $53.90
548 Pages
order
Professors: free copies available for adoption consideration
Download an e-book copy now or order a print copy
Scott O. Lilienfeld, PhD, until his death in 2020, was a Samuel Candler Dobbs Professor of Psychology at Emory University. He was Editor-in-Chief of Clinical Psychological Science and Associate Editor of Archives of Scientific Psychology, and served on the editorial boards of several other journals. Among Dr. Lilienfeld’s principal interests were cognitive biases and their relations to personality and psychopathology, scientific thinking and its application to psychology, the causes and assessment of personality disorders (especially psychopathic and narcissistic personality disorders), psychiatric classification and diagnosis, pseudoscience and clinical psychology, evidence-based clinical practice, and the philosophy of science and psychology. He was a recipient of the James McKeen Cattell Award for Distinguished Achievements in Applied Psychological Science from the Association for Psychological Science and served as president of the Society for a Science of Clinical Psychology and the Society for the Scientific Study of Psychopathy.

Steven Jay Lynn, PhD, ABPP, is Distinguished Professor of Psychology at Binghamton University, State University of New York (SUNY), where he is Director of the Psychological Clinic. He has published more than 300 articles, books, and book chapters on topics including psychotherapy, hypnosis, science versus pseudoscience, psychopathology, and memory, and his research is widely cited in the media. Dr. Lynn is Founding Editor and Editor of the American Psychological Association journal Psychology of Consciousness. He is a recipient of the SUNY Chancellor’s Award for Excellence in Scholarship and Creative Activities.

Jeffrey M. Lohr, PhD, is Professor of Psychology at the University of Arkansas-Fayetteville, where he has been on the faculty since 1975. His research interests include affective processes in anxiety and related disorders and pseudoscience in applied and clinical psychology. In the latter domain, he focuses primarily on the empirical analysis of treatment efficacy and the promotion of "fringe" treatments, especially as they relate to trauma and anxiety disorders. Dr. Lohr is Associate Editor of The Behavior Therapist.
X 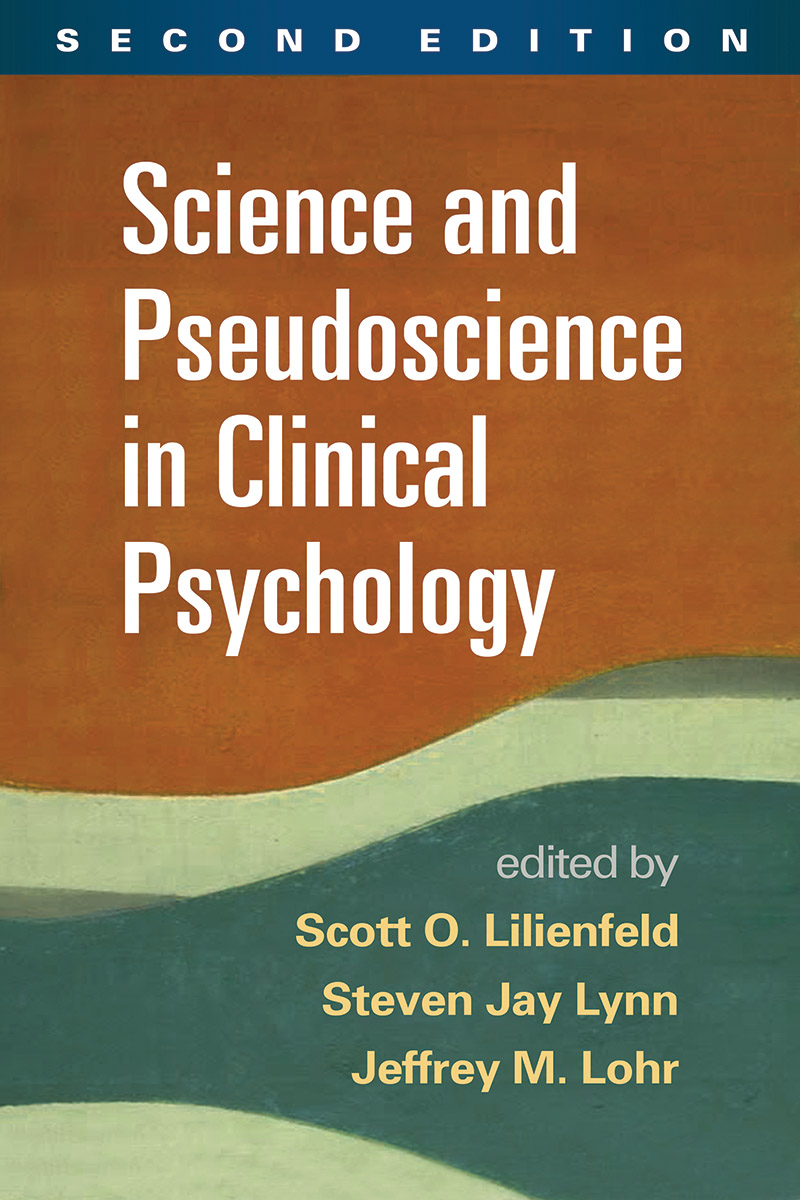