The Effects of Overwhelming Experience on Mind, Body, and Society

Paperbacke-bookprint + e-book
Paperback
November 1, 2006
ISBN 9781572304574
Price: $62.00
596 Pages
Size: 6⅛" x 9¼"
Copyright Date: 1996
order
e-book
March 1, 2011
ePub and PDF ?
Price: $62.00
596 Pages
Copyright Date: 1996
order
print + e-book
Paperback + e-Book (ePub and PDF) ?
Price: $124.00 $68.20
596 Pages
order
Bessel A. van der Kolk, MD, is Founder and President of the Trauma Research Foundation. He has spent his career studying how children and adults adapt to traumatic experiences, and has translated emerging findings from neuroscience and attachment research to study a range of treatments for traumatic stress in children and adults. Dr. van der Kolk did the first studies on the effects of SSRIs on posttraumatic stress disorder (PTSD), was a member of the first neuroimaging team to investigate how trauma changes brain processes, and did the first research linking borderline personality disorder and deliberate self-injury to trauma and neglect in early childhood. He also conducted the first National Institutes of Health–funded studies on eye movement desensitization and reprocessing, yoga, and other treatment interventions. He and his colleagues are currently investigating the effects of psychedelic agents on PTSD. Dr. van der Kolk is author of over 160 peer-reviewed scientific articles, as well as the New York Times bestseller The Body Keeps the Score: Brain, Mind, and Body in the Healing of Trauma, which has been translated into 38 languages.

Lars Weisaeth, MD, PhD, is Professor of Disaster Psychiatry at the University of Oslo, Norway, and frequent consultant to the United Nations and other international organizations regarding approaches to treating traumatized civilians and soldiers.

Alexander C. McFarlane is Professor of Psychiatry at the University of Adelaide and Head of the Department of Psychiatry at the Queen Elizabeth Hospital in South Australia. His research in the field of trauma is wide ranging and began following a large bushfire disaster which affected his community in 1983. His clinical work is with victims of a variety of traumas, including accidents, disasters, torture, and war.
X 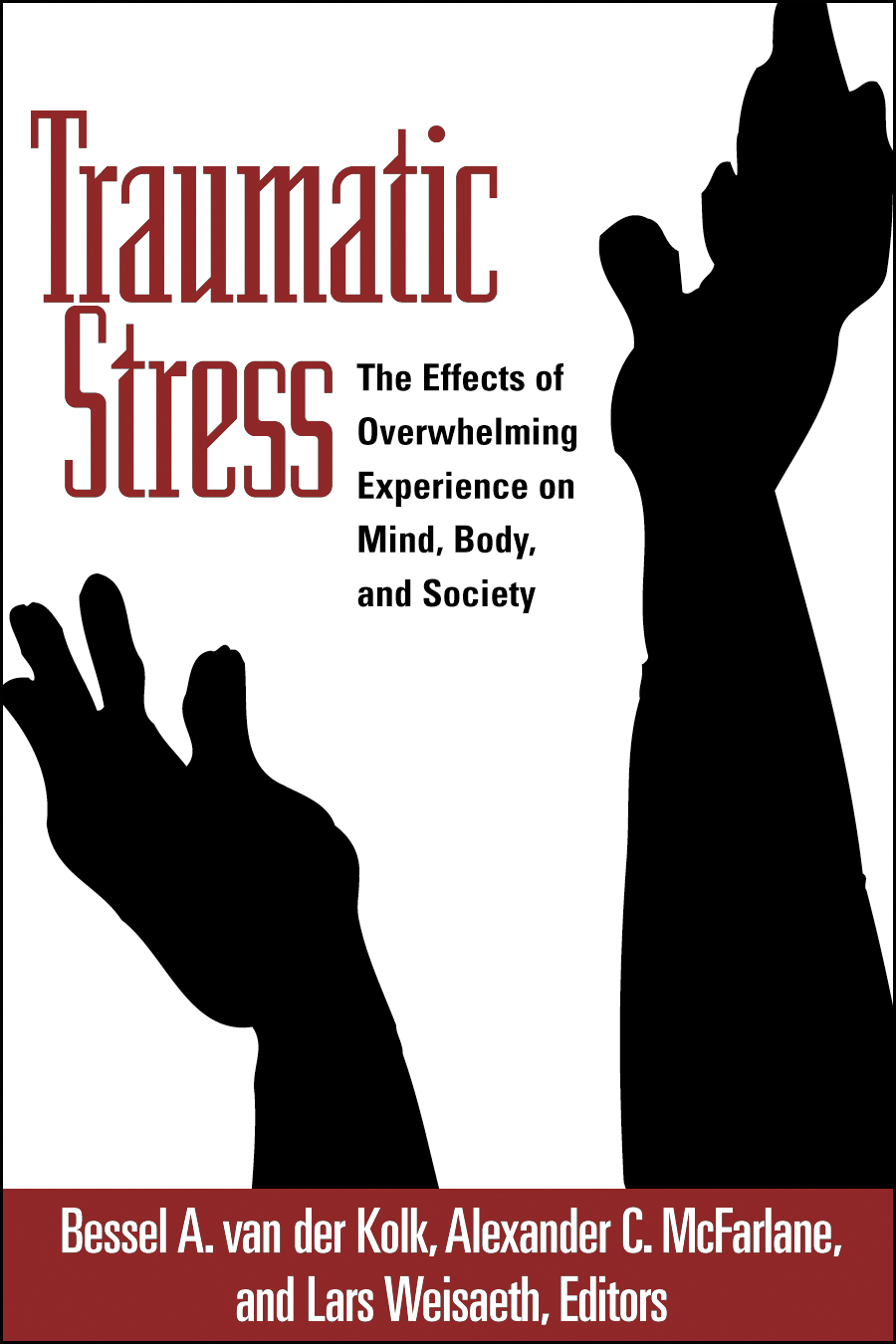