Edited by Keith S. Dobson and David J. A. Dozois

HardcoverPaperbacke-bookprint + e-book
Hardcover
March 12, 2019
ISBN 9781462538584
Price: $95.00
526 Pages
Size: 6⅛" x 9¼"
order
Paperback
April 23, 2021
ISBN 9781462547722
Price: $45.00
526 Pages
Size: 6⅛" x 9¼"
order
e-book
February 1, 2019
ePub and PDF ?
Price: $60.00
526 Pages
order
print + e-book
Paperback + e-Book (ePub and PDF) ?
Price: $49.50
526 Pages
order
Professors: free copies available for adoption consideration
Download an e-book copy now or order a print copy
See related items for this product
Keith S. Dobson, PhD, is Professor of Clinical Psychology at the University of Calgary, Alberta, Canada, and a Principal Investigator for the Opening Minds program of the Mental Health Commission of Canada, with a focus on stigma reduction in the workplace. His research has focused on both cognitive models and CBT for depression. Dr. Dobson has published over 300 articles and chapters and numerous books, including Evidence-Based Practice of Cognitive-Behavioral Therapy, Second Edition; ; and The Therapeutic Relationship in Cognitive-Behavioral Therapy. He is past president of the Canadian Association of Cognitive and Behavioural Therapies, the Canadian Psychological Association (CPA), the Academy of Cognitive and Behavioral Therapies, and the International Association for Cognitive Psychotherapy. Dr. Dobson is a recipient of the Award for Distinguished Contributions to the Profession of Psychology and the Donald O. Hebb Award for Distinguished Contributions to the Science of Psychology from the CPA, among other honors.

David J. A. Dozois, PhD, is Professor of Psychology and Director of the Clinical Psychology Graduate Program at the University of Western Ontario, Canada. He is a Fellow of the Canadian Psychological Association (CPA), the Canadian Association of Cognitive and Behavioural Therapies, the CPA Section on Clinical Psychology, the Association for Behavioral and Cognitive Therapies, and the Academy of Cognitive and Behavioral Therapies. Dr. Dozois’s research focuses on cognitive vulnerability to depression, including different aspects of core beliefs and self-schemas, and cognitive-behavioral theories and therapy. He has published 168 scientific papers, book chapters, and books and has given over 330 research presentations. Dr. Dozois twice served as president of the CPA and is on the boards of directors of Mental Health Research Canada and the International Association of Applied Psychology. He also maintains a small private practice.
X 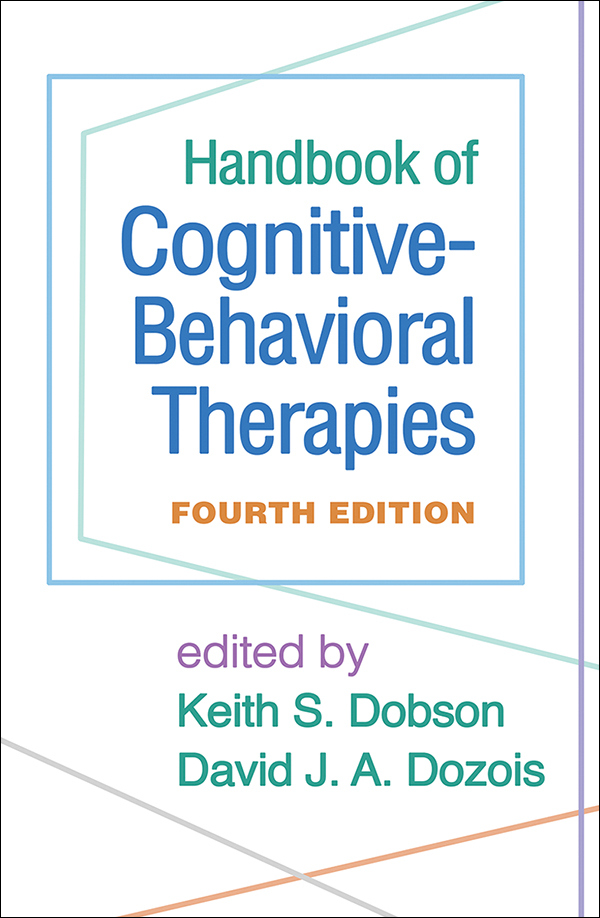