HardcoverPaperbacke-bookprint + e-book
Hardcover
August 11, 2015
ISBN 9781462521555
Price: $82.00
244 Pages
Size: 6" x 9"
order
Paperback
August 12, 2015
ISBN 9781462521630
Price: $32.00
244 Pages
Size: 6" x 9"
order
e-book
August 14, 2015
ePub and PDF ?
Price: $32.00
244 Pages
order
print + e-book
Paperback + e-Book (ePub and PDF) ?
Price: $64.00 $35.20
244 Pages
order
See related items for this product
Sign up for e-alerts on upcoming titles on Motivational Approaches (with special discounts)!
Marc P. Steinberg, MD, FAAP (1952–2022), developed a focus on diabetes care during his 32 years of practice as a physician. He became increasingly interested in working more effectively with people struggling with the self-care of chronic conditions. After ending his medical practice in 2013, he focused on training health care providers in MI. Dr. Steinberg published articles on MI in Diabetes Spectrum and was a member of the Motivational Interviewing Network of Trainers. He belonged to the national medical honor society, Alpha Omega Alpha, and was a Fellow of the American Academy of Pediatrics. For more than 40 years, he maintained an active lifestyle with type 1 diabetes.

William R. Miller, PhD, is Emeritus Distinguished Professor of Psychology and Psychiatry at the University of New Mexico. Particularly interested in the psychology of change, he introduced the concept of motivational interviewing in 1983. Dr. Miller has published over 400 professional articles and chapters and 50 books, including Motivational Interviewing, now in its third edition, and Motivational Interviewing in Health Care. He is a recipient of the international Jellinek Memorial Award, two career achievement awards from the American Psychological Association, and an Innovators in Combating Substance Abuse Award from the Robert Wood Johnson Foundation, among many other honors. The Institute for Scientific Information has listed him as one of the world’s most highly cited researchers.
X 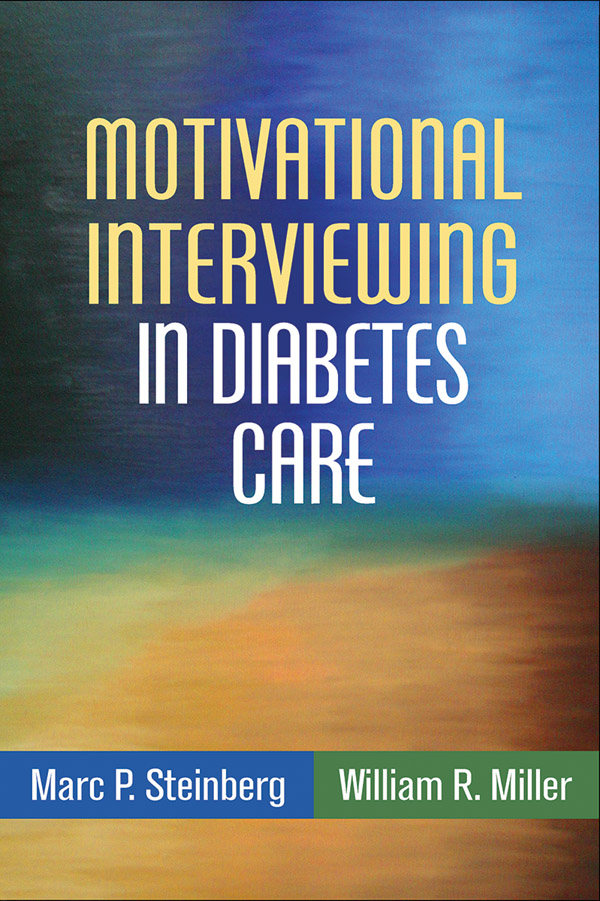