What the Science Shows, and What We Should Do about It

HardcoverPaperbacke-bookprint + e-book
Hardcover
February 15, 2006
ISBN 9781572302310
Price: $88.00
320 Pages
Size: 6" x 9"
order
Paperback
June 3, 2010
ISBN 9781606236987
Price: $38.00
320 Pages
Size: 6" x 9"
order
e-book
August 18, 2011
ePub and PDF ?
Price: $38.00
320 Pages
order
print + e-book
Paperback + e-Book (ePub and PDF) ?
Price: $76.00 $41.80
320 Pages
order
William R. Miller, PhD, is Distinguished Professor of Psychology and Psychiatry at the University of New Mexico. A recipient of the Jellinek Memorial Award for alcoholism research, he is fundamentally interested in the psychology of change, and has focused in particular on the development, testing, and dissemination of behavioral treatments for addictions. Dr. Miller's publications include more than 30 books and 300 articles and chapters spanning behavior therapies, motivation, self-regulation, and the interface of psychology with spirituality and religion. He is named by the Institute for Scientific Information as one of the "world's most cited scientists."

Kathleen M. Carroll, PhD, until her death in 2020, was Albert E. Kent Professor of Psychiatry, Yale School of Medicine, and Director of Psychosocial Research in the Division on Addictions. A leader in the field of addiction treatment research, she authored or coauthored over 330 articles in peer-reviewed publications, over 50 chapters in major textbooks, and several books and published manuals. Dr. Carroll was a past president of Division 50 (Addictions) of the American Psychological Association, and received both Senior Scientist and MERIT awards from the National Institute on Drug Abuse, the latter being awarded to the top 1% of National Institute of Health investigators. 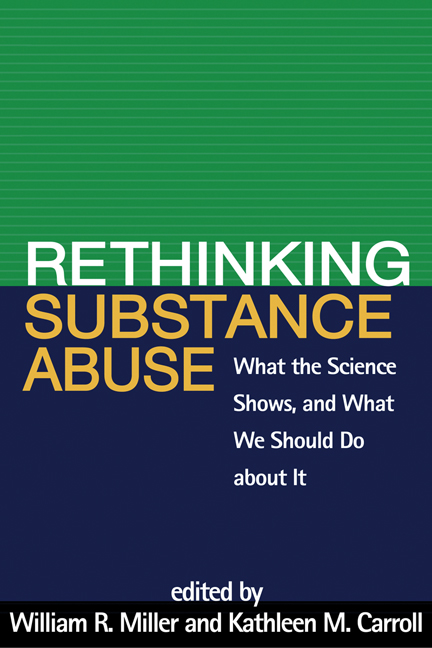