Hardcovere-bookprint + e-book
Hardcover
October 6, 2020
ISBN 9781462543984
Price: $125.00 $93.75
638 Pages
Size: 7" x 10"
order
e-book
October 6, 2020
PDF ?
Price: $125.00 $93.75
638 Pages
order
print + e-book
Hardcover + e-Book (PDF) ?
Price: $250.00 $137.50
638 Pages
order
Paul A. M. Van Lange, PhD, is Professor and Chair of Social Psychology at VU University Amsterdam, The Netherlands, and Distinguished Research Fellow at the University of Oxford, United Kingdom. His research focuses on human cooperation and trust. Dr. Van Lange has published over 200 articles in psychological and interdisciplinary journals. He is founding editor of Current Opinion in Psychology and Current Research in Ecological and Social Psychology, and is a past president of the Society of Experimental Social Psychology. His work has been recognized by the Kurt Lewin Medal from the European Association of Social Psychology, among other grants and awards. His website is www.paulvanlange.com.

E. Tory Higgins, PhD, is the Stanley Schachter Professor of Psychology at Columbia University, where he is also Professor and Director of the Motivation Science Center at the Columbia Business School. He is a Fellow of the American Academy of Arts and Sciences. Dr. Higgins has received the Distinguished Scientist Award from the Society of Experimental Social Psychology, the Anneliese Maier Research Award from the Alexander von Humboldt Foundation in Germany, the William James Fellow Award from the Association for Psychological Science, and the Award for Distinguished Scientific Contributions from the American Psychological Association, among other awards for his research, teaching, and mentoring.

Arie W. Kruglanski, PhD, is Distinguished University Professor of Psychology at the University of Maryland, College Park. He has published over 400 articles, chapters, and books on motivated social cognition. A Fellow of the American Psychological Association and the Association for Psychological Science, Dr. Kruglanski is co-founder of the National Center of Excellence for the Study of Terrorism and the Response to Terrorism. He is a recipient of awards including the Research Scientist Award from the National Institute of Mental Health, the Donald T. Campbell Award from the Society for Personality and Social Psychology, and the Distinguished Scientific Contribution Award from the Society for Experimental Social Psychology.
X 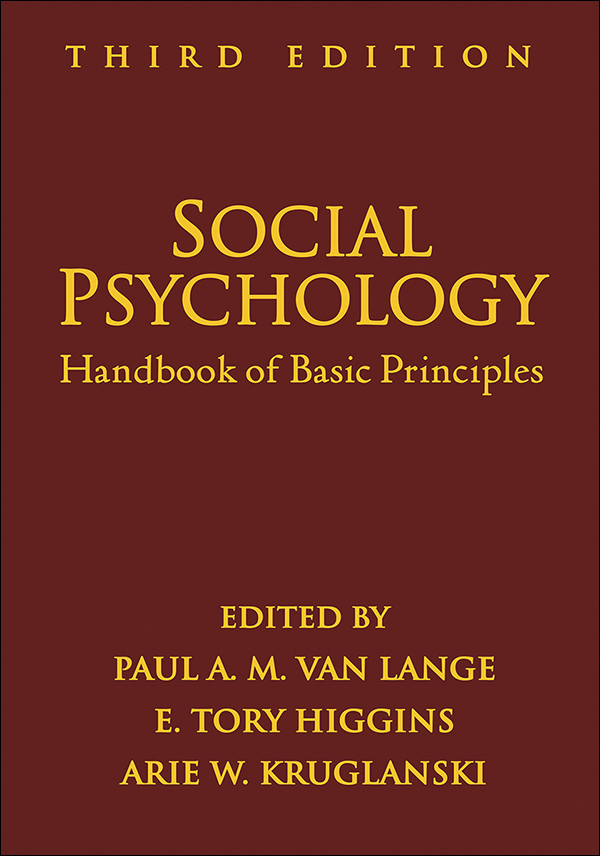