The Age of Migration

A Paperback Original
A Paperback Original
January 16, 2020
ISBN 9781462542895
Price: $47.00
443 Pages
Size: 6⅗" x 9½"
order
Professors: Free copies available for adoption consideration
Published by the Guilford Press in cooperation with Red Globe Press. Available from Guilford in the United States and its dependencies, Canada, Mexico, and the Philippines. For distribution elsewhere, contact Red Globe Press, an imprint of Springer Nature Limited, London, UK.
Hein de Haas, PhD, is Professor of Sociology at the University of Amsterdam, The Netherlands. He is a founding member and former director of the International Migration Institute (IMI) at the University of Oxford, United Kingdom, and now directs the IMI at its current home at the University of Amsterdam. Dr. de Haas is also Professor in Migration and Development at Maastricht University /United Nations University–MERIT. His research focuses on the linkages between migration and broader processes of social transformation and development in origin and destination countries.

Stephen Castles, DPhil, was Honorary Professor of Sociology at the University of Sydney, Australia, before retiring in 2017, and served as the first director of the International Migration Institute at the University of Oxford, United Kingdom. His research has focused on international migration dynamics, global governance, migration and development, and migration trends in Africa, Asia, and Europe. Dr. Castles's books and articles have been translated into many languages and have been highly influential in the development of international migration studies.

Mark J. Miller, PhD, is Emma Smith Morris Professor Emeritus of Political Science and International Relations at the University of Delaware. He served as editor of the International Migration Review from 1983 to 2005. Dr. Miller has conducted research and consulted widely on comparative immigration and refugee policies, global migration, and migration and security. He is a recipient of the Francis Alison award, the highest honor extended to faculty by the University of Delaware.
X 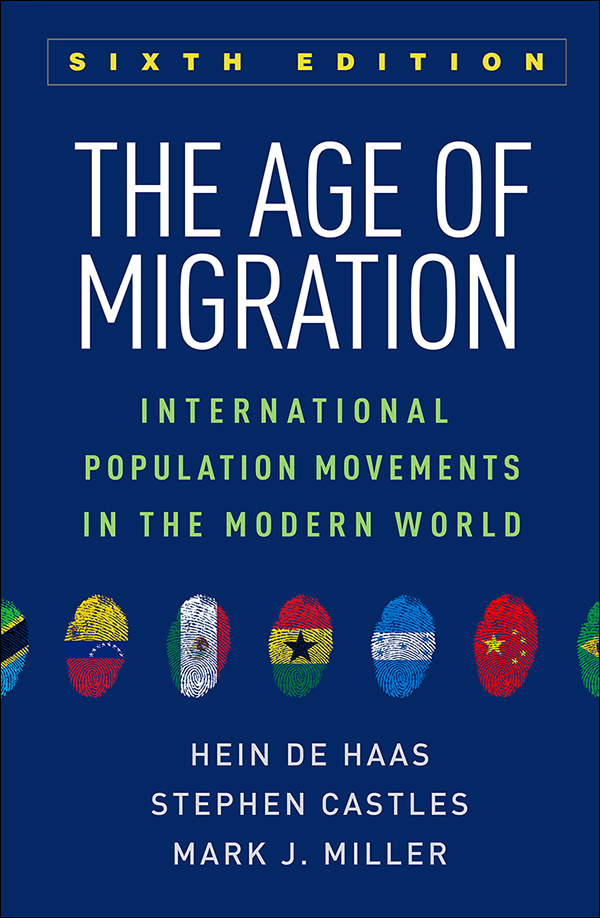