The Anxiety and Worry Workbook

HardcoverPaperbacke-bookprint + e-book
Hardcover
May 25, 2023
ISBN 9781462551927
Price: $90.00
356 Pages
Size: 8" x 10½"
pre-order
Paperback
May 25, 2023
ISBN 9781462546169
Price: $26.95
356 Pages
Size: 8" x 10½"
pre-order
e-book
May 25, 2023
PDF ?
Price: $26.95
356 Pages
pre-order
print + e-book
Paperback + e-Book (PDF) ?
Price: $53.90 $29.64
356 Pages
pre-order
The new edition will be published May 25, 2023. If you need this title before then, please see the previous edition.
David A. Clark, PhD, Professor Emeritus in the Department of Psychology at the University of New Brunswick, Canada, has been a practicing clinical psychologist since 1985. He is a Fellow of the Canadian Psychological Association, Founding Fellow and Trainer Consultant of the Academy of Cognitive and Behavioral Therapies, and ad hoc consultant with the Beck Institute for Cognitive Behavior Therapy. Dr. Clark is a recipient of the Aaron T. Beck Award for Significant and Enduring Contributions to Cognitive Therapy. He was a founding member of the Obsessive Compulsive Cognitions Working Group and is a past associate editor of Cognitive Therapy and Research. Dr. Clark has published numerous research and clinical articles and offers professional training workshops worldwide on cognitive-behavioral therapy for OCD, depression, and anxiety disorders. He is the author of numerous books for professionals and the general public.

Aaron T. Beck, MD, until his death in 2021, was Professor Emeritus of Psychiatry at the University of Pennsylvania and President Emeritus of the Beck Institute for Cognitive Behavior Therapy. Internationally recognized as the founder of cognitive therapy, Dr. Beck has been credited with shaping the face of American psychiatry and was cited by American Psychologist as “one of the five most influential psychotherapists of all time.” Dr. Beck was the recipient of awards including the Albert Lasker Clinical Medical Research Award, the Lifetime Achievement Award from the American Psychological Association, the Distinguished Service Award from the American Psychiatric Association, the James McKeen Cattell Fellow Award in Applied Psychology from the Association for Psychological Science, and the Sarnat International Prize in Mental Health and Gustav O. Lienhard Award from the Institute of Medicine. He authored or edited numerous books for professionals and the general public.
X 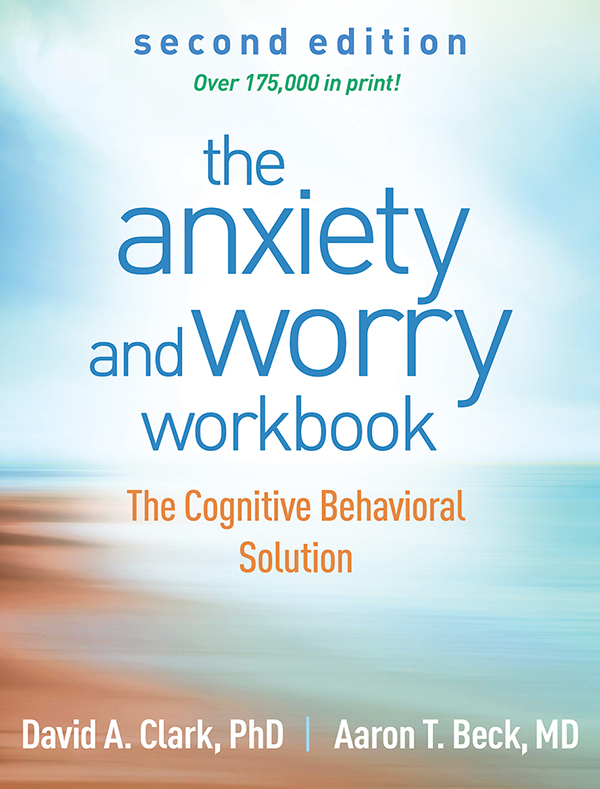