Working with Spiritual Struggles in Psychotherapy

From Research to Practice

Hardcovere-bookprint + e-book
Hardcover
November 10, 2021
ISBN 9781462524310
Price: $45.00
393 Pages
Size: 6⅛" x 9¼"
order
e-book
October 4, 2021
ePub and PDF ?
Price: $45.00
393 Pages
order
print + e-book
Hardcover + e-Book (ePub and PDF) ?
Price: $90.00 $49.50
393 Pages
order
See related items for this product
The ePub edition of this title is Global Certified Accessible to WCAG 2.0 AA standards. Read a Q & A with featured authors, Kenneth I. Pargament & Julie Exline!
Kenneth I. Pargament, PhD, is Professor Emeritus of Psychology at Bowling Green State University. He has pioneered studies on the vital role of religion and spirituality in coping with stress and trauma. A clinical psychologist, Dr. Pargament has been a leading figure in the effort to integrate research on religion and spirituality into clinical practice. He has received the William James Award from Division 36 (Society for the Psychology of Religion and Spirituality) of the American Psychological Association (APA), the Oskar Pfister Award from the American Psychiatric Association, and the Outstanding Contributor to the Applied Psychology of Religion and Spirituality Award from APA Division 36, of which he was the inaugural recipient.

Julie J. Exline, PhD, is Professor in the Department of Psychological Sciences at Case Western Reserve University. Her primary research interests focus on spiritual struggles and supernatural attributions. Dr. Exline is a clinical psychologist and was certified as a spiritual director through the Ignatian Spirituality Institute at John Carroll University. She is a past president of the Society for the Psychology of Religion and Spirituality (Division 36 of the American Psychological Association) and is a recipient of the Society's Margaret Gorman Early Career Award, Virginia Sexton Mentoring Award, and William James Award, in recognition of her research in the psychology of religion and spirituality.
X 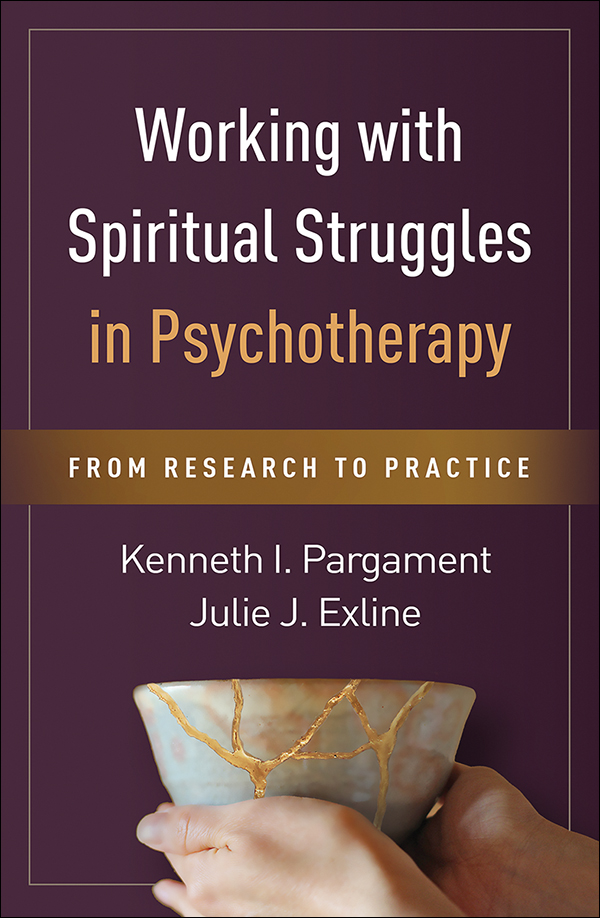