HardcoverPaperbacke-bookprint + e-book
Hardcover
August 2, 2016
ISBN 9781462525348
Price: $155.00
928 Pages
Size: 7" x 10"
order
Paperback
March 20, 2018
ISBN 9781462536368
Price: $59.00
928 Pages
Size: 7" x 10"
order
e-book
July 12, 2016
ePub and PDF ?
Price: $59.00
928 Pages
order
print + e-book
Paperback + e-Book (ePub and PDF) ?
Price: $118.00 $64.90
928 Pages
order
Read a Q&A with featured author, Lisa Feldman Barrett!
Lisa Feldman Barrett, PhD, is University Distinguished Professor of Psychology and Director of the Interdisciplinary Affective Science Laboratory at Northeastern University, with research appointments at Harvard Medical School and Massachusetts General Hospital (MGH), and is a faculty member at the MGH Center for Law, Brain and Behavior. Dr. Barrett’s research focuses on the nature of emotion from both psychological and neuroscience perspectives, and incorporates insights from anthropology, philosophy, linguistics, and the history of psychology. She is the recipient of a Pioneer Award from the National Institutes of Health, among numerous other awards, and is a Fellow of the Royal Society of Canada, the American Association for the Advancement of Science, and the Association for Psychological Science. She was a founding Editor-in-Chief of the journal Emotion Review and cofounder of the Society for Affective Science. Dr. Barrett has published more than 170 papers and book chapters.

Michael Lewis, PhD, is University Distinguished Professor of Pediatrics and Psychiatry and Director of the Institute for the Study of Child Development at Rutgers Robert Wood Johnson Medical School. He is also Professor of Psychology, Education, Cognitive Science, Biomedical Engineering, and Social Work at Rutgers, The State University of New Jersey, where he serves on the Executive Committee of the Center for Cognitive Science and is an Associate of the Center for Mathematics, Science and Computer Education. Dr. Lewis is a Fellow of the New York Academy of Sciences, the American Psychological Association (APA), the American Association for the Advancement of Science, and the Japan Society for the Promotion of Science, and is currently in the top 1.5% of scientists referenced in the Social Science Index. He is a recipient of the Bronfenbrenner Award for Lifetime Contribution to Developmental Psychology in the Service of Science and Society from the APA, the Hedi Levenback Pioneer Award from the New York Zero-to-Three Network, and the Distinguished Scientific Contributions to Child Development Award from the Society for Research in Child Development. Dr. Lewis has published over 450 journal articles and book chapters and 35 books, including The Rise of Consciousness and the Development of Emotional Life, which won the William James Book Award from APA Division 1 (Society for General Psychology), Social Cognition and the Acquisition of Self, Children's Emotions and Moods, Shame: The Exposed Self, and Altering Fate.

Jeannette M. Haviland-Jones, PhD, is Professor Emerita of Psychology at Rutgers, The State University of New Jersey, where she is Codirector of the Center for Sensory Science and Innovation and former Director of the Human Emotions Lab. Dr. Haviland-Jones has written extensively about emotional development for over 25 years. She is coauthor of The Hidden Genius of Emotion: Lifespan Transformations of Personality and has published over 60 articles, chapters, and books on emotion and related issues. Her long-time research interests have included lifespan changes in displays of emotion, gender differences in emotions, and the organizing effects of emotion on cognition and personality. Recently she has initiated research on the chemosensory aspects of emotion communication, called “olfactics.”
X 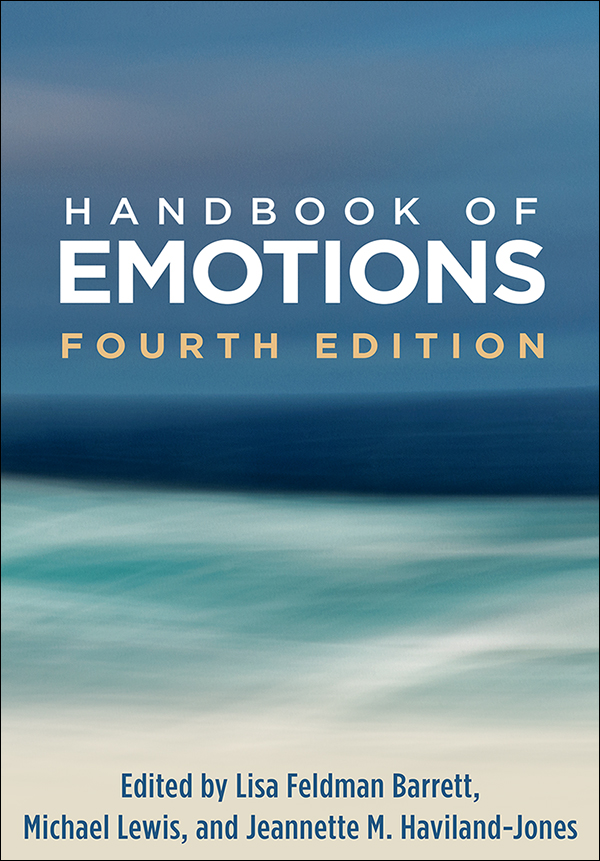