Edited by Bertram Gawronski and B. Keith Payne

Hardcovere-bookprint + e-book
Hardcover
May 19, 2010
ISBN 9781606236734
Price: $100.00 $10.00?
594 Pages
Size: 7" x 10"
order
e-book
July 6, 2011
PDF ?
Price: $100.00
594 Pages
order
print + e-book
Hardcover + e-Book (PDF) ?
Price: $200.00 $110.00
594 Pages
order
Bertram Gawronski, PhD, is Professor of Psychology at the University of Texas at Austin. His research investigates the mental underpinnings and behavioral consequences of spontaneous and deliberate evaluations of objects, individuals, groups, and social issues. Dr. Gawronski's work has been recognized with honors including the Theoretical Innovation Prize from SPSP, the Career Trajectory Award from SESP, the Early Career Award from the International Social Cognition Network, the Early Researcher Award from the Ministry of Research and Innovation of Ontario, and the Charlotte-and-Karl-Bühler Award from the German Psychological Society. He is a fellow of APS, SESP, and SPSP.

B. Keith Payne, PhD, is Associate Professor in the Department of Psychology at the University of North Carolina at Chapel Hill. His research is concerned with the development of innovative approaches for studying automatic and controlled processes underpinning social behavior. Dr. Payne is a recipient of the Early Career Award from the International Social Cognition Network and the SAGE Young Scholars Award from the Foundation for Social and Personality Psychology and Sage Publications. He was profiled as a “Rising Star” in psychology in the Association for Psychological Science Observerand was cited by the Observer as one of the Top Ten most highly cited Social/Personality Psychologists at the Assistant Professor rank in the United States.
X 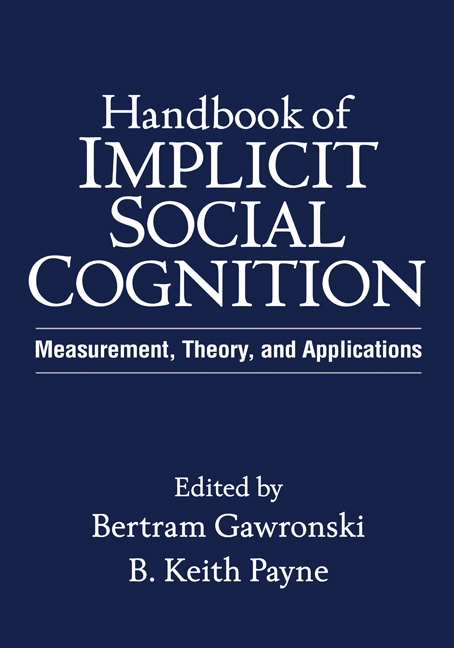