The Clinician's Guide to CBT Using Mind Over Mood

Christine A. Padesky
With Dennis Greenberger 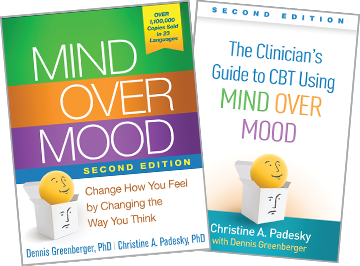 See related items for this product
Christine Padesky offers therapists and professors innovative cognitive behavioral strategies to use with clients and students on her YouTube channel. Plus, instructors and supervisors can view Dr. Padesky's free webinar on how to use The Clinician's Guide to CBT Using Mind Over Mood, Second Edition, as a textbook that can make teaching and learning CBT more enjoyable for you and your students. The ePub edition of this title is Global Certified Accessible to WCAG 2.0 AA standards. Read a Q&A with featured author, Christine A. Padesky!
Christine A. Padesky, PhD, a clinical psychologist, is cofounder of the Center for Cognitive Therapy in Huntington Beach, California; codeveloper of Strengths-Based CBT; and coauthor of seven books, including the bestselling self-help resource Mind Over Mood, Second Edition. Dr. Padesky is a recipient of the Aaron T. Beck Award for significant and enduring contributions to the field of cognitive therapy from the Academy of Cognitive Therapy (now the Academy of Cognitive and Behavior Therapies; ACBT), the Distinguished Contribution to Psychology Award from the California Psychological Association, and the British Association for Behavioural and Cognitive Psychotherapies (BABCP) Award for Most Influential International CBT Therapist. She has been named a Distinguished Founding Fellow of the ACBT and an Honorary Fellow of the BABCP. The BABCP voted Mind Over Mood the most influential CBT book of all time. Dr. Padesky has taught workshops to more than 50,000 therapists internationally and is renowned for her ability to integrate theory, empiricism, creativity, and practical therapy skills. She consults worldwide and develops audio and video training materials for therapists. Her free video training series for therapists is posted at www.youtube.com/ChristinePadesky. Her websites are www.mindovermood.com (for the general public) and www.padesky.com (for mental health professionals).

Dennis Greenberger, PhD, a clinical psychologist, is founder and Director of the Anxiety and Depression Center in Newport Beach, California. He is a past president and Founding Fellow of the Academy of Cognitive Therapy (now the Academy of Cognitive and Behavior Therapies). Dr. Greenberger trained at the University of Pennsylvania's Center for Cognitive Therapy and was mentored by Aaron T. Beck and Judith S. Beck. He is a longtime practitioner of CBT and has presented at national and international conferences. Dr. Greenberger is coauthor of the bestselling self-help resource Mind Over Mood, Second Edition, which was cited as the most influential CBT book of all time by the British Association for Behavioural and Cognitive Psychotherapies. His website is www.anxietyanddepressioncenter.com.
X 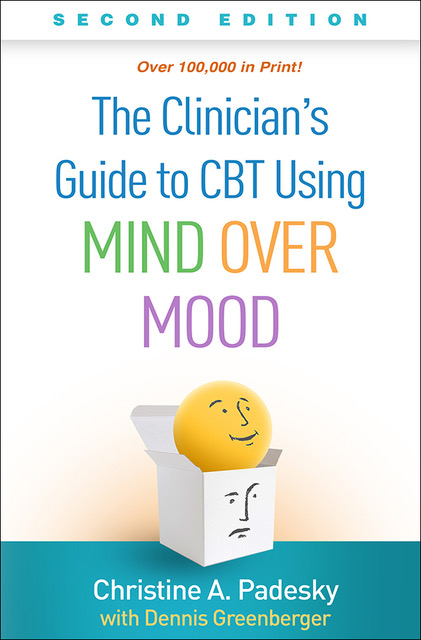